Simplifying Your Mortgage to Free Yourself in 7 Years It’s a pretty common goal and I think if you’re reading this website it’s safe to assume you’d like to be at least a little bit rich one day. As the tag line at the top says though, the first step is to get out of debt and I’m guessing your biggest debt is your mortgage which is my specialty!

One week many years ago we went over to my parents’ house for dinner.

I still remember describing my plan to my father as I pointed to my calculations. I’m a big spreadsheets fan and had already built up a fortnight by fortnight plan detailing how much we’d pay off each week and how it predicted that we could be free of our mortgage in only 6 years.

My Dad smiled and laughed as he leaned back in his chair.

He tried to gently tell me that “things don’t work that way in life” but I just stared back at him in a blank confusion.

We could make the repayments I’d set (we already were making them). My interest calculations were all correct. Everything checked out. Why on Earth wouldn’t it “work”?? (I’m an engineer and scientist so for me math is and always has been infallible).

The topic was changed quickly as dinner was served and I later realized what he’d meant, that life doesn’t turn out perfectly like a pretty spreadsheet. It’s very difficult to plan 5 years out and hit the mark with pin point like precision. Hell, if it was as easy as just creating a simple spreadsheet I’m pretty sure “Project Manager” wouldn’t exist as a job title!

And while we didn’t pay off our mortgage to my exact schedule, we didn’t end up being off by much either. Starting with $400,000 in debt we took it down in 6.5 years. Now we’re working on steps two and three! 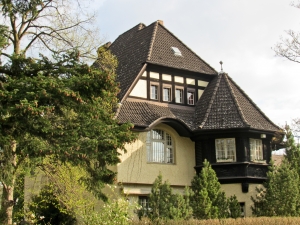 Over those 6.5 years I searched through all the tips, all the tricks, all the articles, all the books and posts and tactics. I’ve tried them all and I can confidently say that for the most part 99% of them do exactly jack.

Fortunately the things that we did to achieve great results are very simple to do and easy to understand.

1. Setup an extra repayment that automatically gets transferred to your mortgage each fortnight (two weeks). We started out with a decently big figure of $1,000. This was simple because it’s automatically done every pay day and it began a pattern of consistently paying large sums of money towards our mortgage which is the ONLY thing that will cut its time down to the sub-10 year mark. By the end of our loan we were paying over 5 times the “normal” repayment every fortnight.

We made sure that our mortgage setup allowed for extra repayments and put the extra money in our offset account so that if we needed it back for some reason it was easily accessible.

2. We stayed motivated. It sounds a bit weird but given it took over 6 years to fully pay our house off there were a lot of times when we felt a bit exhausted or thought about maybe using that money for other things. A good trick I learned to help with this was to figure out why we wanted to pay off the mortgage so quick and use that reason as the “description” for the above extra repayment. That way every time we saw that money being sucked away we at least were reminded why it was happening.

3. We focused on earning more income and cutting expenses. We had a bunch of expenses so I sorted them from biggest to smallest and started going through them one by one over the years getting them to as little as possible. On the other side we also focused on how we could both raise our salaries. A great resource for this is The Ultimate Guide to Getting a Raise & Boosting Your Salary. Most people only focus on the expenses and while they ARE important to control (as humans always tend to use up all resources available to them) it can be much more productive to get a $10,000 raise than save $100 on an insurance bill. We chose to do both though 😛

The first two steps are relatively simple but only require a few hours to setup and then you never need to touch them again. This simplifies everything and allows you to focus on the third step with as much time and effort as you have. That’s the power of automation!

We’re now part of a very, VERY exclusive club. The “we just turned 31 and have absolutely zero debt” club. There’s no one else I know in real life who’s in this club. No one. As Derek learned last year when he paid off his mortgage, there is absolutely no one to relate to which can create some weird conversations and situations. Thankfully they’ve so far been very positive.

The freedom and our future plans are what prompted us to start down this track and we hope to be fully financially independent in under 10 years. At that point we’ll have even more freedom than we do now but even just having zero debt is an amazing feeling.

I feel like there’s virtually no issue we can’t easily deal with. Job loss, car damage, big hospital bills, dishwashers exploding, they’re all either minor annoyances or at worst a small set back now.

In December last year we had the freedom to do one of the big items on my bucket list which was visit Antarctica and it was even more awesome than I thought it would be.

I know that the above three steps and talk of freedom probably sounds overly simplistic but to be honest most things in life are quite simple to achieve if you’re consistent and know exactly which pressure points to push. Life can and does get in the way but with your main mortgage busting tool set to autopilot you can give your full attention to deal with life’s problems and still make sure you’re on a path to freedom at the same time.

Are you already paying extra on your mortgage? Is it automatic or a pain to manage?

Today’s post comes from Alex. He blogs over at Mutilate The Mortgage and is giving away a few free gifts just for Life And My Finances readers. Head over to www.MutilateTheMortgage.com to find out how to pay off your mortgage in under 10 years.