3 Money Mindset Habits That Are Keeping You Broke 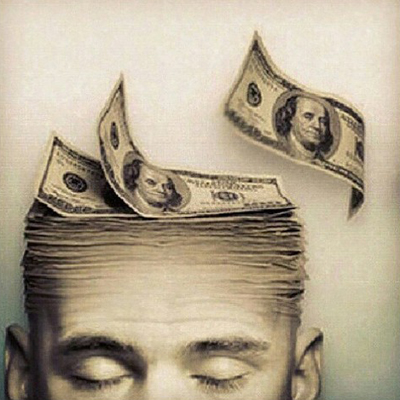 I recently shared an article that told a story of a young couple in their 30s who retired with $1 million to their name and now travel the world. They did this by working hard, living frugally, saving $500k, opting out of using that money for a down payment on a house, and investing the money in the market with the help of a financial advisor.

I hear stories like this all the time and I love them, but apparently people on Twitter don’t share my enthusiasm. Within five minutes of sharing this story, I already had people tweeting “That’s impossible!”, “Who could ever save that much?”, “This story is a lie!” and more.

I felt like responding to them all with “This is why you’re all still broke,” but I don’t engage in Twitter feuds.

That being said, I believe mindset matters when it comes to money. This concept his nothing new – it’s textbook “Think and Grow Rich” – but it seems some people haven’t gotten the memo. Here are three money mindset habits that keep you broke.

If you’re too busy complaining about what you don’t have, you’ll continue not having it. To be honest, out of all the money mindset habits that keep people broke, this one really irritates me.

Here’s the problem: I see people complaining all the time and it’s usually followed by wanting someone else – be it the government, the lottery, their employer, their spouse, etc. – to fix their financial problem.

If these individuals would stop complaining and instead use their energy to find solutions to their financial woes, they’d be much better off. The reality is no one is going to care about your money more than you do, so the onus is on you.

Another one of the money mindset habits that keeps people broke is playing the victim. While I don’t see this as often (thank goodness), I do still see it quite a bit and it usually looks like placing the blame on someone else for your financial problems. This blame is often times used as an excuse to not take responsibility.

For example, blaming the evil corporation for the fact that you haven’t gotten a raise. Have you asked for one? If you did and they said no, have you started looking for another job that pays better? Have you started a side business to increase your income?

The reality is there are always options for improving your financial situation, but if you have a mindset of playing the victim, you’ll never see them.

Thinking financial success is for other people but not you.

This is probably the most detrimental of the the money mindset habits that keep you broke. In fact, it’s very possible that this is the root issue of the other two mindsets mentioned in this post.

We’re fed a story that money is limited and there’s only so much to go around. This often times leads people to believe that other people can have financial success (Examples: “They were born into money”, “They must have had help,” “Well, they must have stepped on people to get there”) but that they cannot.

Everyone has the opportunity to have financial success. First of all, financial success is relative and means different things to different people. Second, even if there are obstacles in the way, there are plenty of examples of people who have overcome them. The difference between those that succeed and those that don’t often times comes down to their money mindset habits.

How about you? Do you have money mindset habits that are keeping you broke?

Battle of the Mind