Boom or Bust: Top Things Every U.S. Investor Should Understand About Shale Oil 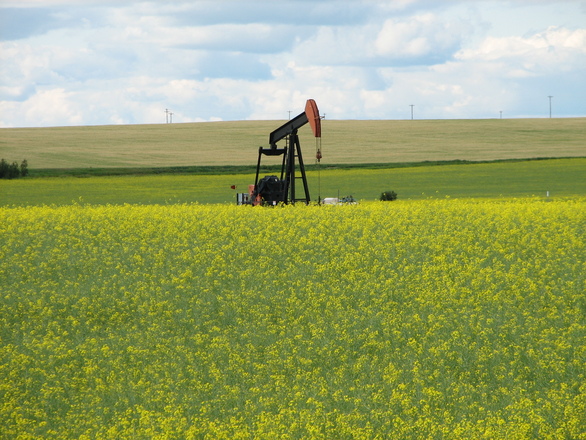 It’s hard to argue with the observation that the shale oil industry has been a real game-changer in the energy markets. The wealth it has created along with thousands of new jobs makes for impressive reading, but is it a boom to bust scenario?

Here is a look at how the U.S shale oil boom has evolved and how it might affect your mindset and strategies as an energy investor.

Boom or Bust: What You Should Know About Shale Oil

Here’s a brief overview of the shale industry and its impact on the energy sector. Plus, a look at how to interpret what lies ahead for investors and what some of the key indicators for the state of the market are.

It would seem fair to say that only a handful of people can truly claim to have predicted the extent of the growth and impact that shale oil subsequently delivered almost from nowhere just a decade ago.

The stratospheric rise of the shale oil and gas industry is nothing short of sensational when you look at the oil production figures, adding an impressive six million barrels per day to the existing oil production numbers in a seven-year period up to 2015.

Not surprisingly, this stellar growth eventually peaked beyond demand growth levels, resulting in an oversupply scenario that actually started to manifest in 2014.

OPEC was seemingly blindsided by this phenomenon that was unfolding under their noses and subsequently made a strategic decision back in 2015 to respond to the threat by upping its own oil production levels by just over 1.5 million barrels per day. It seems that OPEC gambled on this move bringing the young shale oil and gas upstart into line and that their actions would strengthen their own hand and maintain control, but that proved to be a miscalculation on their part.

Recently, OPEC has had to adjust its strategy and has subsequently reverted to their old ways of supporting prices by cutting production levels, in the hope that this will help to support price levels.

This could also be perceived as a risk on OPEC’s part as they will lose some market share in order to maintain price, leaving the shale industry with an opportunity to plug the supply gap and take more market share.

The short answer to that question is that the oil giants like Exxon, Chevron and Shell have come alive to the threats and opportunities created by the shale boom in the U.S. And there appears to be plans to invest in the industry and join the party.

Even if you compared a growth chart for the U.S shale and oil industry over the last decade with a chart showing the investments made in this industry by the big oil players, you would see a very noticeable spike in the money being plowed into the shale industry by the likes of Exxon and Royal Dutch Shell.

These major oil companies are estimated to be planning on investing somewhere north of $10 billion into American shale, which is approximately $10 billion more than they spent a couple of years ago.

In other words, big oil has woken up to the threats and opportunities that are right on their doorstep and are now trying to gain a foothold in strategic hotspots like West Texas.

Investors should be watching what happens

The financial muscle that the major oil companies have means that they can potentially be an influential factor in shaping the future of the shale oil industry. And, if they are successful it could see a noticeable boost in Americal oil production and ensure prices are kept low.

A major point to consider is the fact that these major oil producers not only have the financial clout they also have access to the sort of technological resources that could help trim production costs and improve efficiency from present rates.

What we might be witnessing is the inception of a leaner and fitter version of the original shale industry. An example of this would be how Shell is managing to drill five wells in a single pad compared to the traditional oil well technique of drilling one well per pad.

Some of those production savings are counteracted by the fact that it is taking approximately three times more sand and fluids to break up the shale with the fracking process, but industry estimates suggest that production costs have been slashed by almost 60% in some instances, compared to cost levels a couple of years ago.

The price of oil now seems to be reacting to rising U.S output and it is likely we will see U.S production levels rise to over 10 million barrels per day by the end of 2018.

Investors have to decide how to interpret this change to the shale oil industry and what it might mean for oil prices in the longer term.

Lola Woodward is an avid stock market watcher who enjoys sharing her investing insights with others. Look for her posts on various money and investing blogs.