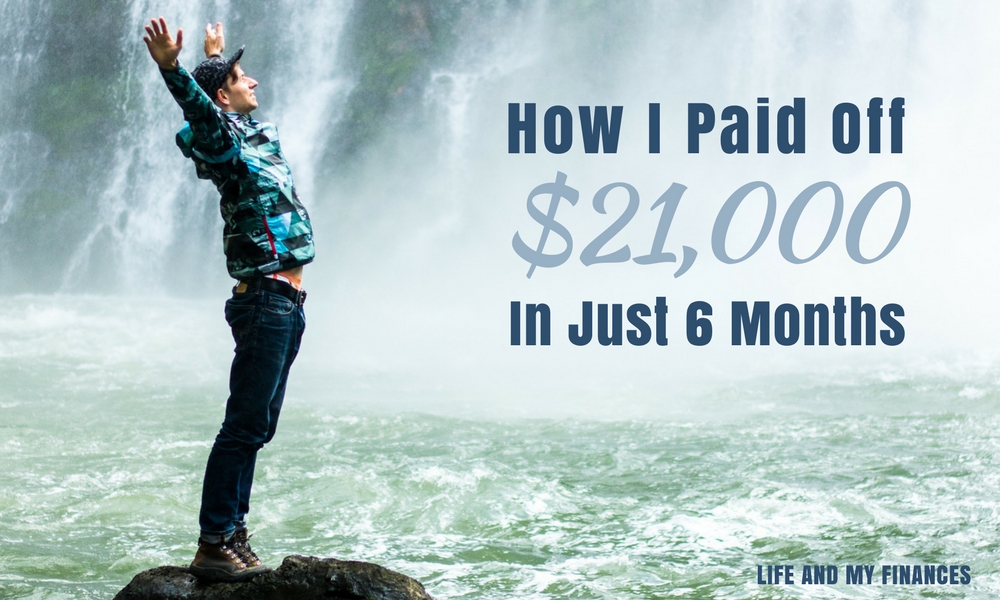 Getting into debt – that’s easy. Getting out of debt…now that’s another story!

But that doesn’t mean that getting out of debt has to be arduous or incredibly slow. If you set your mind to it, and if you gather all the right information, you could get out of debt pretty fast! Heck, I was able to ditch $21,000 in just 6 months earning a $57,000 yearly gross salary. Even if you’re not a math whiz, you know that those numbers just don’t add up. How in the heck could I pay off $21k in such a short amount of time?

Those were the four words I thought I’d never hear, and they left me slinking down along the wall to my knees. My wife of just 3 years decided she wanted out, and there was no changing her mind. And, not only that – she also wanted half of our estate…which came to a $21,000 payment. Oh, and one more thing…she wanted the money like, yesterday, but was willing to give me 6 months to scrape it together.

If it weren’t for me, she wouldn’t have had any money in the first place! And now she wanted her cut in just six months??

Fine, whatever, I’ll figure it out.

Here’s what I did to get out of debt in just 6 months. 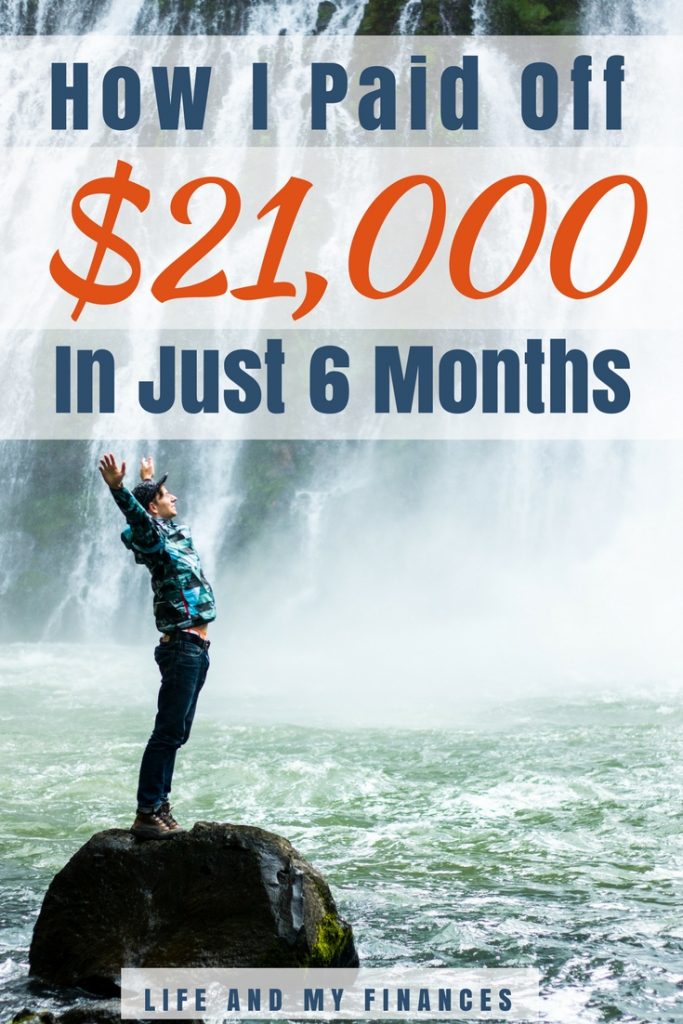 Unfortunately, my website wasn’t making much money at the time (like, mayyybe $300 a month), but there were plenty of other personal finance sites that were humming along and in need of fresh articles. So, I reached out to everyone I knew and offered to write articles…for CHEAP – just $10 a post.

Tons of bloggers jumped on the bandwagon and I was in business! Over the span of just a few months, I wrote nearly 250 articles, which of course netted me $2,500. It didn’t solve my entire $21,000 problem, but it definitely helped!

Get out of debt in just 6 months? It was starting to feel a little bit more possible!

Related: Free Tutorial – How to Start a WordPress Blog with iPage

This wasn’t just any lawn mowing service idea. At the time, I owned a reel mower (think 1950’s, self propelled rotary blades) and had the harebrained idea for an eco-friendly lawn service. It would be quiet, fairly inexpensive, and you’d be doing your part to keep the earth clean.

This was fairly humbling to say the least… BUT, it netted me $30 extra dollars every single week. By the end of the summer, I had $500 more dollars in my pocket than I would have if I did nothing.

If I wanted to get out of debt in just 6 months and completely pay off my ex, I knew that I’d have to do something radical. Well, this was it.

Every single day, I scoured the Craigslist ads in my area, looking for a steal of a deal on a local car. I figured I could fix up a few minor blemishes, simply clean the car inside and out, and then sell it for about $1,000 more than I paid for it.

My first project was a 2007 Nissan Altima. I found it listed for $6,000 and was able to talk the guy down to $5,500 because a “Service Engine” light was on (which thankfully turned out to be nothing! Sa-Weeet! – but kids, don’t try this at home, it could have turned into a real bad deal for me…).

After just one month, I cleaned the car completely (and honestly did nothing else…other than take it for joy-rides), put it back on the market, and sold it for $7,000. Cha-ching!

Project #2 was a 2001 GMC Sierra. I bought it for just $4,700, repaired a door handle, replaced some oxygen sensors, and put on a new front bumper fascia (twice!…I hit a deer literally one day after putting on the first one). Then, the 4-wheel-drive went out on me…which needed to be repaired of course (for another $450).

It felt like a complete nightmare, but I still sold the truck for $6,300 and netted a profit of $700. Still not too shabby!!

4) Re-Evaluated All My Bills

This is something hardly anyone does, but it really can make all the difference.

Almost immediately after I knew I was on the hook for $21,000, I popped open my laptop and started scouring all my expenses over the last three months.

With this personal expense data, I:

Before this sucky challenge had been bestowed upon me, I figured all my expenses were reasonable and that I probably couldn’t live much cheaper than I was already.

Put simply, I was wrong.

In just one sitting, I was able to:

And of course, I cut out all vacations (that should have been a given…but I know that for some interesting characters…it’s not (eye-roll)).

I thought my budget was razor thin, but instead I was spending like a King and didn’t even know it! If you do the math on the above list, I saved about $400 a month! And that was just from sitting down and staring at my spending for about an hour. Totally worth it if you ask me!

Many investment professionals gasp at the idea of stopping a recurring 401k contribution. “But that’s your future!” they say… But you know what? Sometimes we just can’t worry about our present and future at the same time. It just becomes ineffective. I had to stop looking ahead for a minute and just focus on the mess that was in front of me. I needed this debt GONE!!.

What About You? When Are YOU Getting Out of Debt?

Well, it’s pretty obvious (based on the title) that I made the $21,000 debt payment to my ex within the 6 month window (BOOM!!). The five ideas above helped me scrounge up $8,520, and thanks to my decent job, I was able to come up with the other $12,480 via my regular salary and frugal living.

Paying off that huge debt in such a short amount of time seemed impossible, but as the old cliche goes, “Where there is a will, there’s a way.”

Do you need to get out of debt in just 6 months? I know it might seem impossible, but don’t give up!

And, if you need any help with your get out of debt plans, please email me (via the “Contact” tab in the upper-right of this page). Seriously, send me an email. Far too few people actually do.

Are you busting your way out of debt? How’s it going?