We Just Missed a $40,000 Opportunity…and We’re NOT Letting It Happen Again 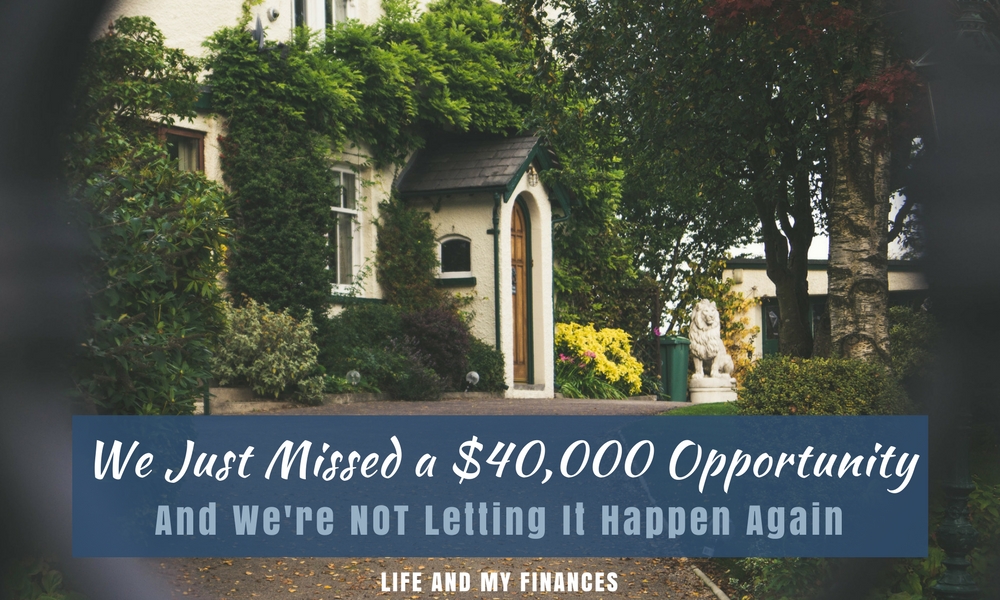 The idea was planted in our heads over two years ago. Robert, the grandson and caretaker of the woman next door, asked us if we’d ever be interested in buying the house once his grandmother passed away.

“Of course!” I would always say. And we left it at that.

Well about three months ago, the grandmother passed on and it was my intention to speak with Robert again to affirm that I was interested in the house. But…

We just never seemed to connect naturally like I had hoped…

And then, he was suddenly out of the house and his mother (the actual beneficiary of the estate) was there cleaning up and moving stuff out! I decided enough was enough so I knocked on the door and introduced myself.

To make a long story short…I was too little too late. The locksmith had already expressed interest in buying the house. And since he came to her first, she felt obligated to sell it to him. Liz and I just missed out on the deal of the decade…

We Still Plan to Find a Deal on a House

Here’s what we plan to do to find a deal on a house in the near-future.

1) Buy in the Winter

Liz and I have been looking for a rental property this summer, but guess who we’re competing with?

Pretty much everyone under the sun…which includes:

BUT, in the winter time there aren’t all that many families that are interested in buying a place and moving all their stuff in and out of the house while trudging through the snow. This means that during the winter, there are fewer buyers which means less demand, which means a greater potential for cheaper prices. 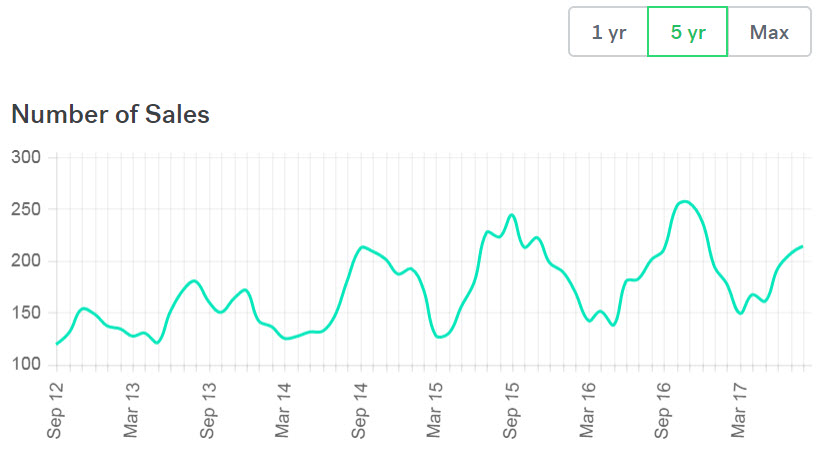 If Liz and I are going to find a deal on a house, I bet it will happen this winter.

Related: Why is it Cheaper to Buy a House in the Winter?

A buyer’s real estate agent is priceless…and costs absolutely nothing for the buyer. The two real estate agents involved (the buyer’s and the seller’s agents) typically just split the commission rate that was agreed upon between the seller and their agent, which means the buyer pays zippo!

In addition to an absolute zero cost, a buyer’s real estate agent can be incredibly helpful when it comes to sniffing out a deal in the market. They’re around homes each and every day and guess what their main point of conversation typically is? Houses.

If there’s a house that’s going up for sale but hasn’t yet hit the market, I bet there’s already a few real estate agents that know about it. And, if you happen to know the real estate agent that has the inside scoop, then you’re about to be let into the secret club as well.

This is another fantastic way to find a deal on a house. Find the right agent, and you’ll soon find the right steal-of-a-deal property that’s right for you.

Related: 10 Benefits of Using a Real Estate Agent to Buy a Home

3) Find Houses That Aren’t Yet on the Market

In addition to using an agent that can find you a house that’s not yet on the market, there another great method that Liz and I plan to implement in our area shortly.

There are some people that take great pride in their homes. Their lawns are manicured, their landscape is picturesque, and their house….is immaculate. These people have absolutely no interest in selling their homes. They love where they live and they’ll probably be there forever. Needless to say, these are the houses I’m NOT looking for because it would be an absolute waste of my time (and, even if they WERE looking to sell, their selling price would probably be through the roof! — pun intended ;)).

On the flip side of the coin are the owners that have lost interest in their home’s appearance. Either they plan to move soon or they simply can’t keep up with the expenses of the home’s required maintenance. It doesn’t really matter to me, but when I see missing shutters, unkempt yards, and chipping paint, I almost literally start salivating. I can smell the potential deal.

These people aren’t attached to their home and if I flash some cash in front of them, they might just take it – no questions asked.

So what’s the next step? Do you just walk up to the door, knock, and ask if they’d like to sell their house? Well…you could, but it probably won’t be very effective. And given all the turmoil today…I really wouldn’t recommend it for your safety.

Instead, here’s what we’re going to do:

1) Liz and I will soon walk around the neighborhood and write down all of the homes we think would make great rentals and that we could potentially get a great deal on because of their run-down condition.

2) Then, we’ll look each one of them up on the city website (search: “Property and Tax Data Lookup”) to find the assessed value, the stats on the number of bedrooms and bathrooms, and most importantly: who owns it and where they live.

3) From here, we’re going to send each one of them a letter that explains who we are and that we’re looking to buy fixer-uppers with cash. In other words, if you’re thinking about moving, don’t worry about cleaning up your house for a showing. We’ll buy it from you anyway in whatever condition.

Of course, most people will probably put our letter in the trash, but 2-3 out of the 20 will hold onto it and ponder contacting us. And, our hope is that at least one of the homeowners will call us, ask us some more details, and then close on a deal.

In my mind it’s a sound plan that we’ll almost certainly implement in the next month or so. AND, it would insure that we won’t miss another deal because this time. Instead, we’ll be WAY AHEAD OF THE GAME.

How about you? Are you looking for a deal on a house? What do you think about the suggestions above?