My Personal (and Spiritual) Beliefs About Wealth – What About You?? 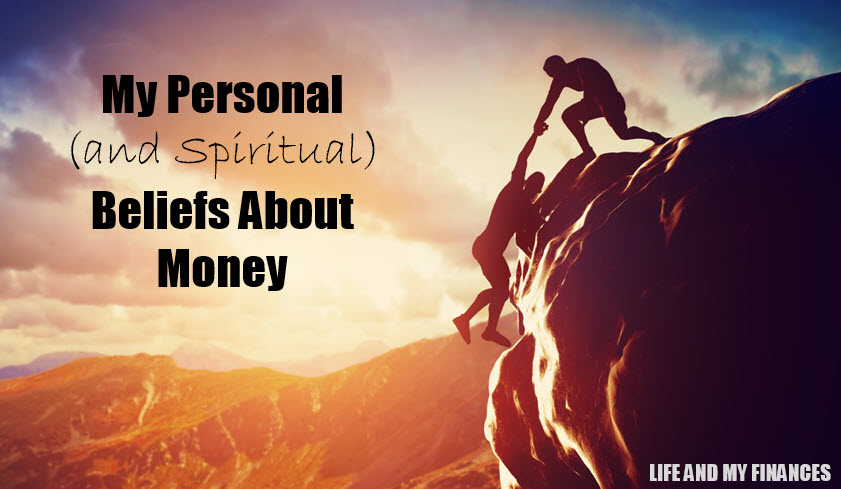 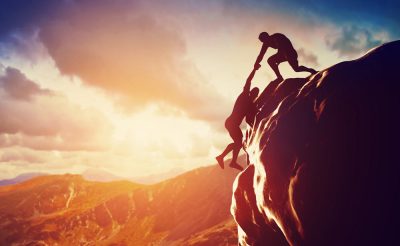 Some Christians believe that it’s almost a sin to create wealth, because by doing so you’re hoarding money for yourself instead of giving it away to the poor and needy. Therefore, if you’re rich, you must be selfish…and you may even be going to hell…

Other Christians believe in something called the ‘prosperity gospel‘, which basically says that if you tithe regularly and continue to have faith in God, you’ll be rewarded with great financial riches. Something like…give away $1,000 and God will bless you with $10,000.

And this is why most people don’t like to talk about money…because beliefs about wealth – even among one religion – can be polarizingly opposite from one another!!

My Personal (and Spiritual) Beliefs About Wealth

This post is going to get a little personal (as you may have already gathered by the introduction about wealth and religion), but just know that I don’t intend to be pushy about either topic.

My intent here isn’t to change your mind about money. It’s merely to give you an insight into my thoughts and beliefs because they naturally spill out into my writings each and every day.

If you like what I’m saying here, then you’ll probably want to follow this blog for many years as I live out my beliefs and share with you the blessings they bring. If you’re already appalled, then I really wouldn’t recommend following my Facebook or Twitter feed… 😉

So what is it that I believe already? What are my personal (and spiritual) beliefs about wealth? There are four majors, as described in detail below…

1) It Is Okay to Be Wealthy

“It is easier for a camel to go through the eye of a needle than for a rich person to enter the kingdom of God.” –Matthew 19:24

Sometimes when people want something so badly – or to justify a lifestyle that they can’t seem to get out of – they’ll start looking for reasons why their situation is okay. Or, take it one step further – they’ll hunt down Bible scriptures that make them feel more spiritual than everyone else.

Whew, I’m coming out of the gate with guns-a-blazin’ aren’t I??

Let me step back a bit and get back on point here. The camel…

“Jesus looked at them and said, ‘With man this is impossible, but with God all things are possible.'”

Long story short, I believe that it’s okay to be wealthy, even if you are a religious person.

2) Anyone Can Become Rich

The motto of this site is (and has always been), “Get out of debt, save money, and be rich!”

That’s pretty much all you need to know about wealth building.

There really are no hidden secrets to wealth. It’s almost too basic actually – so simple that people look for more complex methods to building wealth, and then land flat on their face when the so-called sophisticated (perhaps even secret) methods fall through.

Anyone can be rich. I firmly believe that.

3) Great Things Can Be Done With Wealth

Ever hear the phrase, “Money is power”?

It’s absolutely true, isn’t it? Those who have the gold make the rules. So isn’t it in our best interest as Godly, law-abiding citizens to gain as much wealth as possible? With it, we could change the world for good.

As we discussed earlier (in a fiery, preachy way…sorry for that), there are quite a few Christians today that have the belief that poverty is righteousness – that somehow they’re a better Christian because they live in a shack that’s about to fall over while donating 50% of their income to their local church. While I certainly don’t disagree with their donation, I can’t possibly agree with their logic.

Who is doing more good with their donation?

The rich man of course! This isn’t to say that he’s any more righteous or blessed. He just has the ability to do more good on this earth, which I think is a quite important thing to do. Instead of aiming for poverty, why not do more good for this world and target wealth?

4) Hold Onto the Goose that Lays the Golden Egg 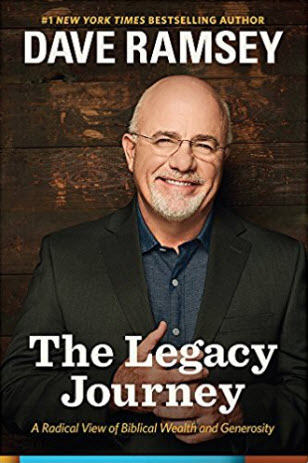 This concept is a recent revelation for me. It was introduced to me by Dave Ramsey through his book, “The Legacy Journey“.

In the paragraphs above, we all nodded our heads in agreement that more money given away is better for everyone, but we may not agree with how that’s done. Let’s take two extreme examples and see which camp you land in.

The Man That Gave Away All He Had

Karl Rabeder was a multi-millionaire. He owned a fancy villa on the lake, had sprawling acreage in the country, and owned a fricken sweet Audi. Then, one day, he decided that it was all making him miserable, so he sold it all and gave the money to his favorite charities – roughly $3 million worth. He now lives in a small cabin in the woods and owns practically nothing.

Through his unselfish efforts, hundreds of poor individuals in South America are now able to receive micro-loans to start their own businesses and make a better life for themselves.

The Man That Keeps His Wealth to Give More

Bill has been very successful in his life. He started earning serious money while still in his 20’s and, with his own company, has now amassed billions of dollars in wealth. Feeling the need to help others, Bill set up a foundation in 2000 and has given away an average of $3 billion a year, all while keeping his nest egg steady at around $90 billion.

By now, you may have guessed that I’m speaking of Bill Gates, the 2nd richest man in the world.

Bill has a massive goose (his net worth) that continues to pop out golden eggs every single day (millions of dollars in residual income). He takes those eggs, gives them away, but always keeps and takes care of his goose. Upon his death, Bill and Melinda will give away nearly all of their wealth as it’s slated for various charities around the world. Instead of just giving away $90 billion today and calling it a win, Bill is actually giving away even more by keeping the bulk of his wealth.

To date, the Gates Foundation has given away approximately $41 billion. If Bill lives another 30 years, his foundation will probably give away another $100 billion, and upon his death, his $90 billion goose will be given to the world.

In total, by holding onto his wealth, Bill and Melinda are able to donate $230 billion….an exorbitant amount of money. Way more than the $90 billion he could have given away when the foundation started.

Karl’s method may have honestly been more difficult (after all, he gave up all his wealth while he was alive), but I personally believe it was the coward’s way out.

He got fed up with money because he was managing it unwisely, he simply got rid of it all, and now has nothing left to give. He had the mental capacity to earn much and could have done great things and helped many people with his abilities. But instead, he’s squandering this opportunity and is no longer helping anyone.

My Personal Beliefs About Wealth? Earn, Give, Repeat.

Life every other area of my life, my personal beliefs about wealth are pretty simple:

That’s it. It’s pretty basic. Earn a pile of money, give portions of it away at all times, and keep repeating the process until we return back to the dust underneath us.

What are your personal beliefs about wealth? Are they polar opposite of mine? Or do you agree with my views on wealth?