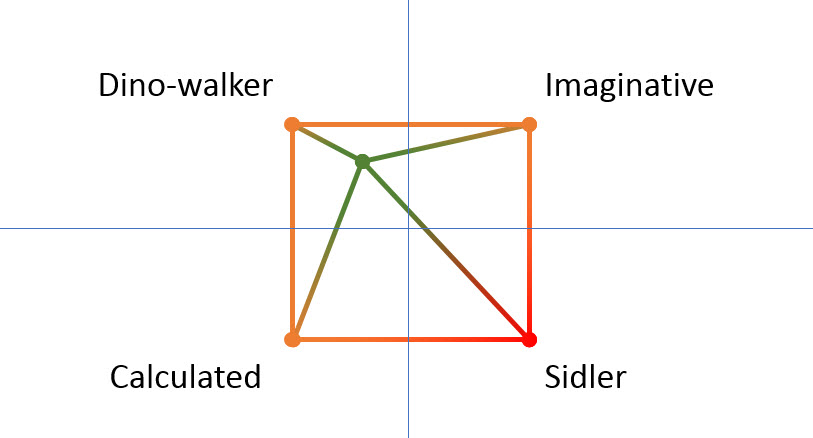 Patti shows up for work every day at 7:45am (15 minutes early). She heads straight to her desk, turns on her computer, and works non-stop until 12:00pm for her lunch break. Gail, on the other hand, comes in a few minutes late each day, chats with people at the coffee pot, and then finally settles in and starts her work around 8:25am. She’s fairly diligent once she gets started, but she certainly isn’t as much of a stickler about working at every waking minute like Patti is.

Because she knows that you can gain success by how you walk. No joke. Scientific American, BBC, ABC – they all say the same thing. Your walk says something distinctive about you, and it can absolutely have an impact on your wage.

I Can Guess Your Level of Success by How You Walk

It’s absolutely true. Your stride tells me so much more about you than you would have ever imagined. And that same stride isn’t just being viewed by weirdo nerds like me, it’s being noted and judged by every passerby – strangers, your close friends, co-workers, and even (and sometimes especially) leaders within your company.

Your Personality in Your Walk

The Huffington Post actually breaks it down best. They say that each personality has a distinctive walk:

Kind of fun to think about right? Which camp do you land in? Are you a firm, dominant walker, or do you tend to have a calculated step?

Now…what the heck does all this have to do with your income? Can I really tell your level of success by how you walk?

How Your Walk Translates Into Your Income

If you were a manager and had to promote someone, who would you choose?

Think about what each walk says about that person.

Your Income Based on Your Stride

Each personality (D,I, S, and C) lands in a distinctive area on their own and are often displayed in a four quadrant layout (I’m sure you’ve seen this set-up on personality books or within other top-notch articles). I’ve embraced this layout and added a few more layers…

Instead of simply laying out the personalities, let’s show what we’re really talking about here – the walking type/style by each person. I describe them as: 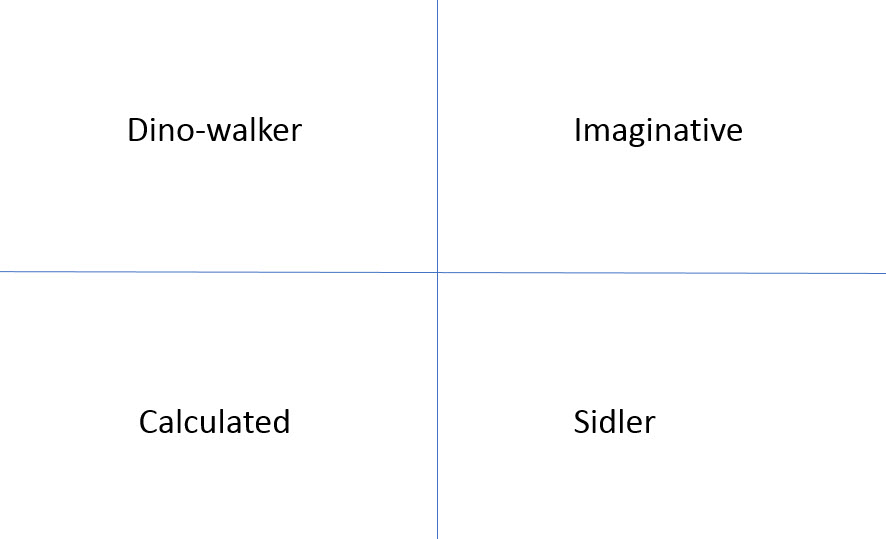 Okay, so the guy that walks with a crazy-long stride and pumps his arms above his head…he’s an extreme dino-walker. His natural tendency is to call everyone stupid, thinks he knows everything (so he inherently never learns anything…), and gets in arguments before the conversation even starts. This guy won’t be a top income earner.

The same is true of almost all the other walkers. If they’re 100% in a certain camp, they have blinding incapabilities and won’t climb too high up the wage pyramid.

Below is my visual model of top incomes with each type of walker. Note that the peak income earners (the solid green dot) are those that have a form of dino-walk, but are also complimented by some other type – typically either the imaginative walk or the calculated walk).

Moving forward with this income pyramid of walking types, it’s time to start putting some dollars to each dot on the chart. The amounts shown below are based on my perception given my place of employment and my region. Your numbers (of course) may differ. 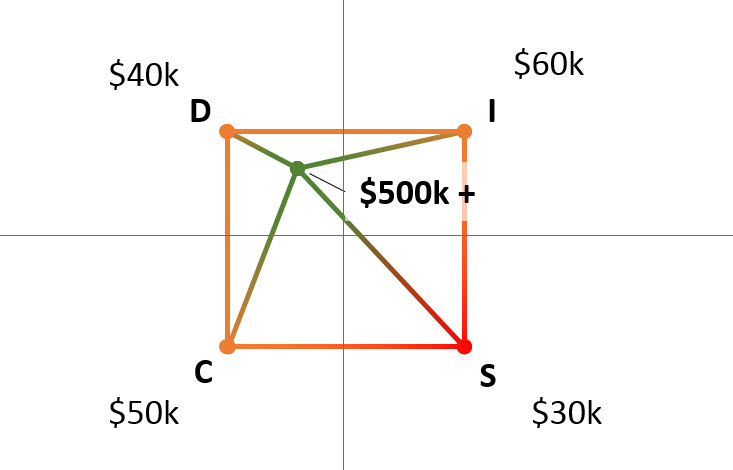 Like I said, each of the incredibly distinctive walkers do not typically exhibit large financial success on their own. However, those that are dino-walkers and also have a flair of calculatedness and imaginativeness…they do amazingly well (like $500,000+). These are the doctors, lawyers, executives, and entrepreneurs of this world. They’re confident and stable, they’re thinkers, but they have the ability to take action when necessary.

Others that tend to do well hover around that pinnacle point (as shown by the extension of the green to all other areas). They might not be earning millions a year like some of the entrepreneurs and executives, but they certainly have the ability to earn $200,000, $300,000, maybe even $400,000, all because of how they tick and how show off their personality with their walk.

How to Break the Mold

If people can tell your level of success by how you walk, and your walk is defined above as a “lower-income” walk, are you just destined for failure? Is life just hopeless?

I’m living proof that walks can change – both purposefully and naturally – as you go through life.

Identify Where You Are

At the age of 27, my wife walked out on me. She said she wanted a divorce and never turned back. I was devastated. Previously, I was probably destined for a $100,000 income – hovering in between calculated, dominant, and sidler. My walk was calculated, but with purpose. After the divorce, I stared downward more often, my walk slowed, and I often hid my left hand, hoping that no one would notice my ring-less finger.

Without realizing it, my personal experience knocked me down the income pyramid. For about two years, I hovered in between the calculated and the sidler areas on the chart. Without a purposeful transformation, I’d be stuck at my $50,000 income forever.

Thankfully, because of my caring family, my thirst for knowledge, and a love for business and growth, I began to understand that my actions (ie. the way I was walking, moving, interacting) were negatively impacting my future career. Instead of looking meek and mild, I knew that I needed to act confident, bold, and purposeful. 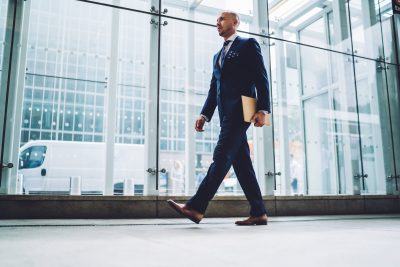 How to Begin the Transformation

So what did I do? It was simple really. I straightened up and picked up the pace. No matter where I was headed (even if it was just to the bathroom before my next meeting), I decided that I would walk there with purpose. Later I read that people with confidence tend to make themselves bigger, not smaller – so I started crossing my hands behind my head when I sat listening at meetings. I stood more often, and when I talked I moved with more expression and intentionally used my hands.

These simple actions had more of an impact than I could have imagined:

If you want to climb the corporate ladder or become a successful entrepreneur, morph your walking tendencies toward those that have already seen the success. You’ll be amazed at the change it makes.

Success by How You Walk: Are You Ready to Change Your Stride?

Make the change. Start becoming a success by how you walk. You won’t regret it.