Time For Your Mid-Year Tax Review – It Could Save You Thousands!! 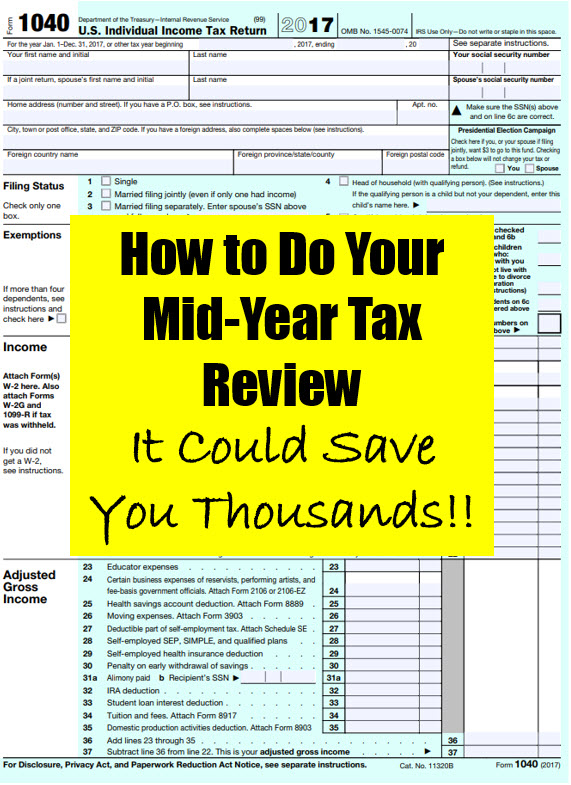 Let me be the one to bring you back down to reality (since everyone else is still in the clouds these days). You didn’t win the lottery. Instead…you simply overpaid on your taxes all year long, and then the government gave some of your money back a year later.

Others have worked their butts off and are earning far more than usual vs. last year (via their own businesses, house flips, or maybe via a promotion at work). This seems like fantastic news at first…but then you discover that you haven’t been paying enough in taxes.

Whether you’ve been paying in too much or too little, it’s best to figure this out now rather than in December when there’s very little you can do about it. It’ll only take 30 minutes to do your mid-year tax review, and it could easily save you thousands of dollars. I’d say it’s worth looking into, don’t you??

Time For The Mid-Year Tax Review – It Could Save You Thousands!!

Liz and I are having a great year financially. I got a nice pay increase at work last year, my website is earning about twice as much as I ‘m used to, and we recently flipped a house for a $27,000 profit. All in all, we’re looking to earn about $40,000 more this year than last year… which is awesome!!…buuuut I’m also a little worried that we’ve been underpaying Uncle Sam.

So, I decided to do my infamous mid-year tax review (I should really host a party for this each year – who’s bringing the guacamole???! ;)) to make sure we don’t owe more than we’re on pace to pay in. And, to make sure I don’t also owe penalties for paying in too little (I really don’t want to piss off the IRS – that’d be a bad move…).

Here are the steps I took to do my mid-year tax review: 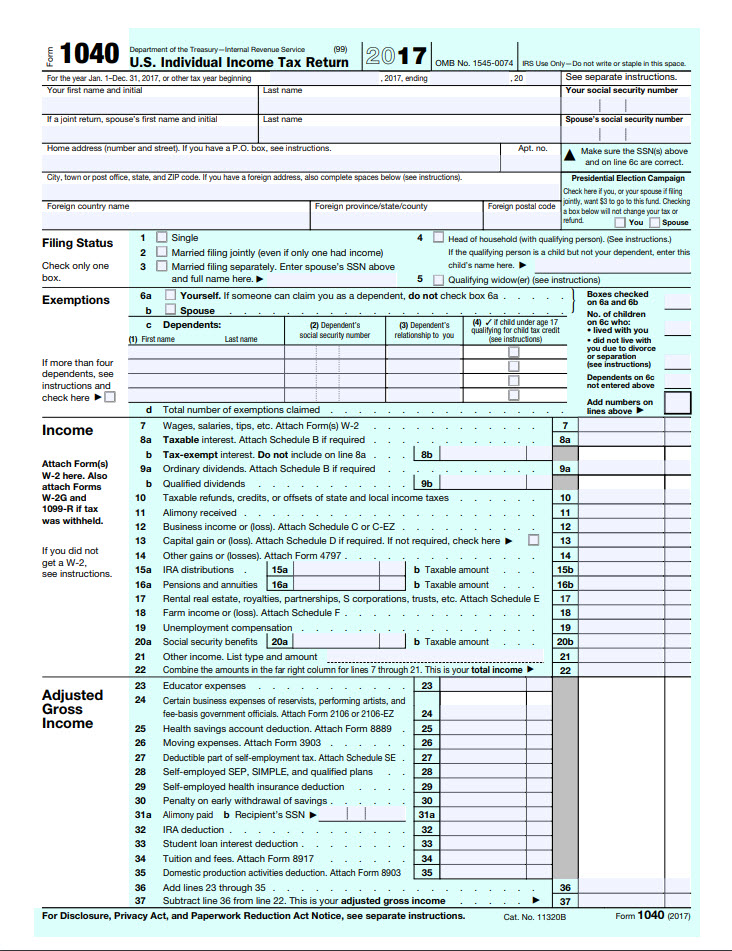 1) Figure out how much you’ve already paid in taxes

In order to figure out if you’re underpaying or overpaying this year, you’ll need to know how much you’ve already paid throughout the first half of the year. Then, simply double it to get an idea of how much you’ll likely pay for the full year. Your work should have a system that shows you your electronic payment stubs, old W-2’s, and W-4’s. If your work isn’t quite this fancy, call the Human Resources department – they’ll be able to help you.

No matter how you get it, the information you’re looking for will certainly be there. It’s a line titled, “Federal Tax YTD”. Take note of it, then double it. That’s the amount you’re on pace to pay in 2018.

2) Pull out your tax forms from last year

I’m not a tax professional, nor do I claim to be one. So, instead of filling out all new forms again, I just pull out the old ones to see where everything was placed and how it was calculated from the last year.

Updated the yearly salary with my pay bump. Done.

Man this year is going awesome! And it’s just getting better and better for Uncle Sam as well (seems like President Trump’s plan is working perfectly…. :(). Bumped up the website income by $10,000. 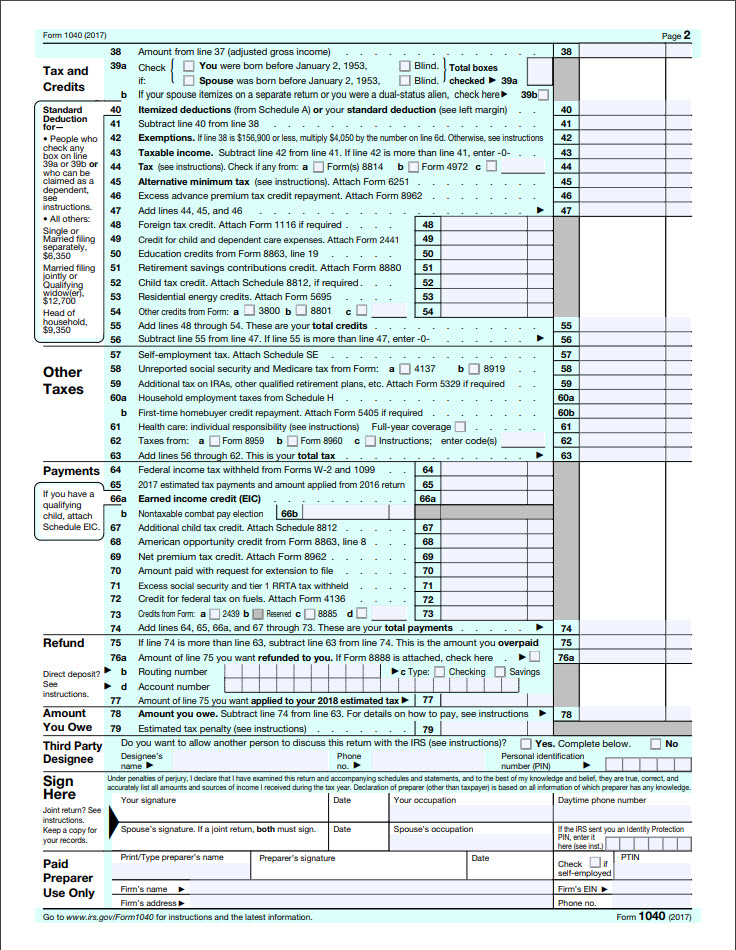 Related: 2018 Federal Income Tax Changes and How They’ll Impact You

(Update: I was wrong about just the kiddos exemptions being gone. It turns out, ALL exemptions are gone. So instead of that $8,100 that I thought we got, we get nothing…double womp wommmmm…)

This one is a little kick to the groin. Yes, we’re getting taxed at our income tax rate for the house flip…but we’ll also likely get taxed an additional $4,000 because of the small-business tax of 15.3%… Suuuucks!

You might have additional items beyond these that pertain to your tax bill – just use the same process, make the tweaks, and figure out your total tax liability!

Run your numbers. You might be in a situation like me where you’re underpaying, or (like most) you might be paying in too much! Either way, let’s figure out what we can do to reconcile our taxes to get the difference closer to zero.

What You Can Do If You’re Under-withholding

If, after your mid-year tax review, you discover that you’re paying too little in taxes, these are you main options to bring your tax liability back to zero:

Alright, so what is it that we’re going to do to equal out our under-withholding?

1) I’m probably going to max out my HSA contributions

Since Liz and I are expecting a baby boy in September and will have a big bill coming anyway, my first choice will likely be to load up on the HSA account (as long as you use the money for medical expenses, you’ll NEVER have to pay tax on this money. It’s a great deal!). We’ve already got $8,000 sitting there, but it wouldn’t hurt to have some extra cushion – especially if there are complications.

2) Contribute more to our after-tax 401k

(Next, I unfortunately don’t draw a salary from my business, so I don’t think I can start a SEP IRA (option #3 from above), otherwise that would be my next course of action.)

3) Invest more into my business…or pay the tax

I could invest more money into my rental property and improve the kitchen or something…but that just wouldn’t yield the additional income necessary to make it worthwhile (I don’t want to spend money just for the sake of not paying taxes. It’d be ludicrous to pay $6,000 for new kitchen appliances to avoid $1,500 in taxes and earn no higher rents for the investment.

What would make more sense in my situation is to invest in my blog – perhaps I could pay a company to improve my SEO or site speed, which would then improve my visitor numbers, and increase my revenue for next year. This would likely be my next course of action.

What You Can Do If You’re Over-withholding

If you’re over-withholding, the solution is pretty simple. Get a hold of your W-4 at work and increase your allowances. Want to know what number you should claim? This post from Forbes is actually pretty helpful. If after the change you still figure out that you’re paying in too much, just increase the allowances to a larger number (I suggested ticking it up one at a time until you get to the correct contribution dollars).

Did You Do a Mid-Year Tax Review?

Alright, be honest. Did you do a mid-year tax review?

You saw my course of action above. It’s a bit of a hassle, but if I can pay that money to myself instead of the government, I’ll absolutely take that road every time.

How about you? How did your mid-year tax review come out?