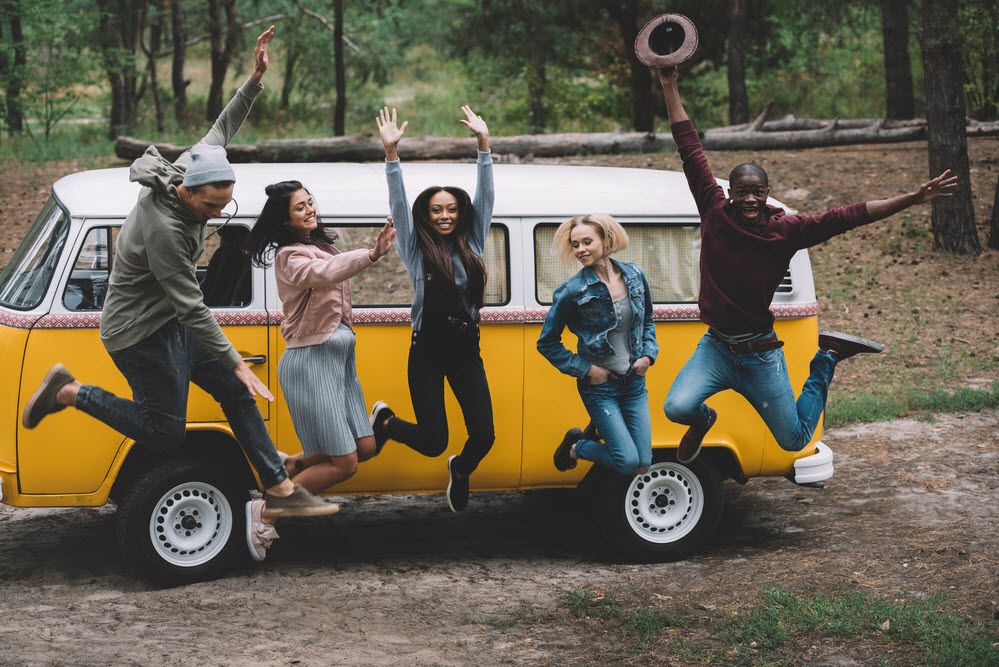 Are you unfulfilled in life? Do you ever just stop, stare blankly into the distance and wonder, “What the heck am I doing with my life?” Don’t be discouraged, you’re not alone. I think we’ve all had these feeling at times – even those of us that seem to have everything together (I’ll even admit it…I’ve asked myself this question many times!)!

And from this common feeling, people will often respond in one of three ways:

So what should you be working towards? What’s going to make you happy in life?

I think it’s safe to say that materialism doesn’t work (thanks for proving this out for me Hollywood). Sure, it can be fun to have a bunch of stuff for about a minute, but after that it’s just stuff that we quickly get tired of.

So then there were two….

I think we’re all somewhat familiar with these lifestyles, but what’s the real difference between FIRE and minimalism? And, which option is right for you? 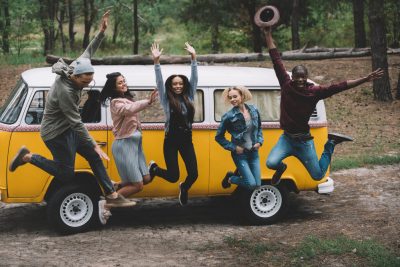 Financially Independent, Retiring Early – FIRE. This movement really popped up in the last decade. Instead of retiring in your 60’s like everyone else, people are beginning to realize that by earning more and spending less, they could retire in their 40’s, 30’s, and on rare occasions, even in their 20’s!

Some well-known examples of FIRE are:

These guys all generally preach the same thing. Earn big money when you’re young, pay off your debts, sock money away rapidly (like 75% of your income), and then live on the big pile of investment money.

Sounds pretty cool at first glance. I mean c’mon, you get to quit your job in your 30’s and do whatever the heck you want?? Maybe you can even travel the world or live in an entirely different country if you choose! This story has cool written all over it! But….just like anything, there are downsides…

Next on the list of cool things to talk about is minimalism. And right now there is no one cooler than Joshua Fields Millburn and Ryan Nicodemus – aka, “The Minimalists“.

Here’s how they define minimalism:

Obviously, they’re joking. 😉 They’re funnier than I am – and more ballsy too!! 😉

The article continues and they finally get to their real definition of minimalism:

“Minimalism is a tool to rid yourself of life’s excess in favor of focusing on what’s important—so you can find happiness, fulfillment, and freedom.”

In other words, minimalism is the act of getting rid of your stuff so you can free up your mind, your time, and your money to do what truly brings you happiness.

So What’s the Difference Between FIRE and Minimalism?

Both FIRE and Minimalism sound a bit similar don’t they? Both encourage you to live differently to get to a more desirable result in life – and neither have anything to do with acquiring stuff along the way. But there are pretty clear differences between the two.

Put simply, minimalism is the hipster way of living (live free, love everyone, be at peace with yourself). FIRE is the American way of taking the bull by the horns, getting the job done, and say “F” you to your boss and to conventionality in general.

Between FIRE and minimalism…do you love one enough to actually choose it as your life’s path?? Personally, at this point in my life, I wouldn’t… 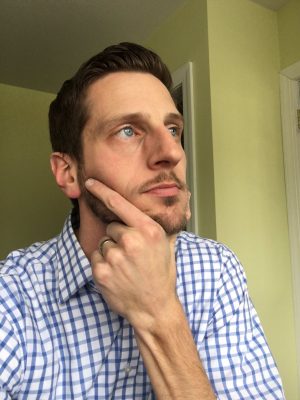 FIRE and Minimalism…Why I’m Doing Neither

So what happened? Earlier in this article I confessed that I was on the fast road to FIRE. I had a $200k net worth at the age of 30. And, to be honest with you, I figured that by the age of 35 I could have hustled my way to millionaire status, quit my corporate job, and then I could have just spent my days on the beach and blog remotely for the rest of my life.

It all sounded so perfect and surreal – everyone’s dream, right?

Until I actually started experiencing life…

How FIRE Ruined My First Marriage

FIRE started building up inside of me long before my late-20’s when I went crazy on my consumer debt and mortgage loan debt. If I had to put an age on it, I’d say that I wanted to ditch the corporate life before I even really knew what it was….somewhere around the age of 19 or 20. That’s when my brother introduced me to network marketing.

You know the pitch:

Alright, so even the most gullible among us realize that riches aren’t going to happen that fast, but I definitely drank the Kool-Aid for a few years and actually saw some people succeed in the network marketing arena. I personally never made more than $400 a month, but the seed was planted. If it was possible to retire early and develop a massive passive income, I wanted in.

A couple years later after the network marketing introduction, I met the love of my life (or so I thought)… She was a hardcore spender.

Pretty much every day, my quest for paying off debt and hardcore saving were met head on with new purses, dresses, and nights out on the town. Needless to say, that marriage didn’t last long – partially due to my FIRE mentality and her “retire never” habits.

If I didn’t push so hard to retire early, we might still be married today.

The 2nd Mrs. Sall was a carefully selected ultra-saver. 🙂 Life was going to be great! I was going to put my head down again and make millions and eventually retire and do whatever I pleased, and Liz would be along for the ride loving every minute of it.

To my surprise, just because Liz was a saver didn’t mean that she wanted to stash away millions of dollars and live the “early retirement lifestyle” (filled with relaxing weekdays at the beach and romantic excursions to Europe, Bora Bora, and the Caribbean).

It took me almost four years to realize it – and Liz almost literally had to punch me in the face to get it through my thick skull – FIRE wasn’t for us.

I have a flexible job that pays well. Liz already stays home with our daughter. And, our constantly increasing paycheck is helping us achieve our dream of moving to the country with acreage! FIRE? No thanks, friend. I’ll pass this time.

I honestly don’t mind minimalism that much. When I was busting my way out of debt, I had…

For the most part, my $2,500 car sat in the driveway and I rode my bike everywhere. I was the epitomy of a master minimalist and I didn’t even realize it. I just desperately wanted to get out of debt and I figured that selling off all my stuff and avoiding the gas pump at all costs was my best way to get there.

During that stretch of time, I distinctly remember riding along-side the road and staring up at the sky. The blue hue was simple, deep, and beautiful. I never really noticed it before. A warm wave enveloped me – I identified it as contentment, so thick I could literally feel it.

I wondered if anyone else was experiencing creation’s backdrop like I was at that moment. I scanned the faces of the cars passing by. Instead of contentment, their looks told a different story:

Minimalism helped me identify contentment – not in stuff, not in other people, but in myself and my place in this world. I think a ton of people can benefit from a short stint of minimalism.

But, In This Moment in Life, It’s Not For Us

Like I said, my wife is frugal and I love that about her. With my ex, I was watching the bank account two or three times a day to make sure she didn’t spend our next mortgage payment. With Liz, I think I check our account like, once or twice a month just to try to keep up with it and make sure we’re not getting hacked. But, just because we’re both frugal doesn’t mean we’re signing up to be minimalists at this stage in our lives.

In the next couple of years, Liz and I want to:

I think our biggest problem with FIRE and minimalism is the ultimate focus on self. The plan of FIRE first focuses on money so you can ultimately be selfish for life. Minimalism is a lifestyle choice that allows you to be more content with your situation and yourself, but again does little to help others (outside of becoming a community of like-minded minimalists). Living these FIRE and minimalism type lives can help you become happier, but they’ll never get you to true happiness if you can’t ever get yourself out of the way.

Between FIRE and Minimalism – Which Is Best For You? Maybe Neither?

If you had the choice between FIRE and Minimalism, would you gravitate toward one or the other? Or have you decided (like we have) that neither option is best for you or your family?

Let’s continue this conversation! Leave me a note in the comments below. I can’t wait to hear your take…

There’s FIRE and Minimalism…and then there’s an infinite amount of other options. What route are you on?

Battle of the Mind Money Retirement