What’s the Difference Between Rich and Wealthy? And Which Are You? 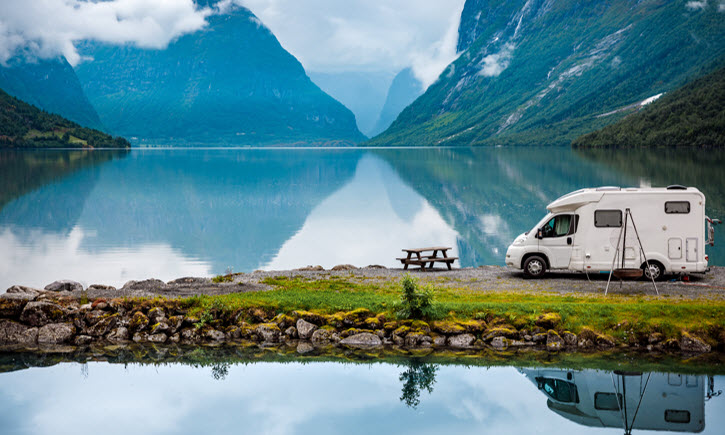 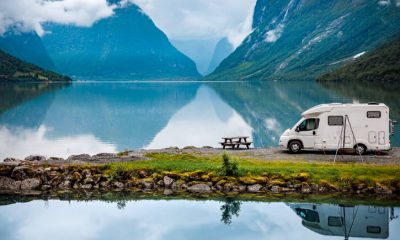 Are you rich? Are you wealthy? Maybe neither? Or maybe both? I mean…what’s the real difference between rich and wealthy people anyway? If you ask Google definitions…there’s absolutely none. No difference – they have the exact same definition. They’re interchangeable. But you know what? I strongly disagree with that assessment.

What’s the Difference Between Rich and Wealthy?

When I Google, “rich definition” or “wealthy definition”, here’s the result that spits out:

Having a great deal of money or assets; wealthy

Do you have a lot of money or stuff? Yeah? I guess you’re wealthy…

That’s a pretty sorry definition if you ask me, so I thought I’d take the time to clarify what the true difference between rich and wealthy actually is… in my opinion anyway.

What Does It Mean to Be Rich?

I know some people that own a big house on a lake and drive a fancy car that’s worth more than both my wife’s and my car put together (ha, actually, WAYYYY more – I drive a 2003 Pontiac Vibe and my wife drives a 2008 Toyota Sienna…not the fanciest of vehicles). But are these people really rich?

Are they wealthy? Most definitely not!

So what does it mean to be rich? I think the Google definition actually isn’t too far off on this one. To be rich, you’ve got to have an abundance of money – more than the majority of the population. And one of the best ways to track money…is your yearly income.

Sam, from Financial Samurai, has a nice summary of your class based on your yearly income:

Apparently, it’s not easy to be rich, but you know what? That’s not what I’m shooting for anyway. Someone can be rich, but still be a snotty-nosed fool that only thinks about money and yearly earnings, and never really develops wealth. Many of the rich live a life of consumerism and consumption, only to be left wondering what it was all for on their death-bed.

Do I aspire to be rich? Absolutely not.

Do I aspire to be wealthy? I sure do! And I think you should too!

What Does It Mean to Be Wealthy?

What’s the difference between rich and wealthy? Well before we can go there, we’ve got to get a clear understanding of what it actually means to be wealthy. Is it really all that different from being rich?

According to Google, not at all.

According to me, there is almost no similarity between being rich and being wealthy. The mindset, the journey, and the end result are all vastly different.

If you want to be rich, life is all about earning a huge income. Your goal is to become a:

But if you’re hunting for wealth, then the earnings shouldn’t really mean all that much to you. If you want to be wealthy, then you’re just thinking about earning enough so that your money could last for the rest of your life! i.e. If you wanted to, you could quit your job tomorrow and live off your assets until the day you die…never having to work another job ever again.

Related: Are You Wealthy? Take the One-Question Quiz to Find Out!

So how is that actually done?

Wealth is created by maximizing your income-earning assets (the stock market, rental properties, businesses) and minimizing your daily expenses. In other words, if you want to be wealthy, you’ll likely choose to live frugally and aggressively purchase assets that will consistently make you money, year in and year out. 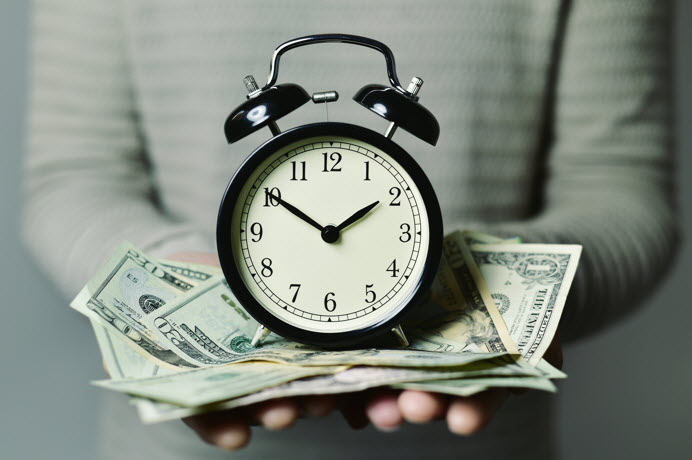 If you’re rich, you just have a big income. Let’s go back to our example of the folks with a huge house on the lake and an expensive fancy car – do you know what else they’ve got? A nice shiny boat that sits on a lift above the water… and it rarely moves off that loft.

Because in order to make big money, they’ve got to keep working their crazy job that eats up their entire lives. Sure, they make a great income, but they can’t even enjoy it because they’ve always got to be working to keep that cash coming in!

That’s right – their house sits empty most of the time, their fancy car stays in the garage, and the boat hardly ever touches the water.

So what’s the point of being rich?

The Wealthy Aspire for Time

What’s the difference between rich and wealthy? Mainly…time.

The rich work for money. The wealthy work so that they can buy time as soon as possible. What do I mean by this?

If you’re rich, you buy:

…pretty much anything that will tell people, “I’ve got money and I want you to know it.”

If you’re wealthy, you buy:

…things that don’t impress people – and most of the time, they don’t even know you have them!

Wealthy people want more time, so they stash all their extra money into things that will produce more money without much effort on their part (ie. passive income). This way, years down the road, the wealthy can quit their jobs while their assets keep producing more and more money!

The wealthy understand the value of time, and they’ll gladly trade just a few hours today to earn hundreds of hours in the future.

This is where the difference between rich and wealthy people really becomes apparent.

There’s just something about having money work for you instead of you working for money. Life calms down, drama goes away, and you can finally open your eyes to the more important things in life…things whose value far exceeds that of the almighty dollar.

If you sit down with a rich man and ask him to help guide your life, he’ll lead you toward money. He’s done it in his past and has proven to be good at it – so good in fact that he can probably teach you how to earn $500k+ per year as well! But, while he far exceeds the basic knowledge of money and earnings, his wisdom falls far short in comparison to much of the adult population around world.

Sit with a wealthy man and you’ll hear wisdom spout from his lips in a matter of just minutes – and it will likely have nothing to do with money too. The wealthy – those that care about time and peace – also concern themselves with many other important aspects of life that often go forgotten in the rich man’s game.

Beyond money, the wealthy (wise) individuals think about their faith, their bodies, their personal connections, their minds, and their future. Without a balance of all of these, what’s the real point of money? The rich won’t understand, but the wealthy think about this often and typically change and grow from year to year to better their performance in all of these categories.

This might actually be the biggest difference between rich and wealthy people.

Rich people believe that once money is given away, it’s gone for good and doesn’t benefit them in the slightest. This is why most of the rich give almost nothing to charities, the poor, or even to friends in need.

In giving away money and helping those in need, they’ll become better people – softer, gentler, more understanding. There’s just something about giving to someone in need that changes the giver’s life for the better. And, beyond this, when you grow into a giver, it will become so much easier for others to send blessings your way. Generosity often leads to excessive (often unexplainable) abundance.

When you give, you get. That’s just the way it is.

The Difference Between Rich and Wealthy? Nearly Everything…

If I were you, I wouldn’t aspire to be a rich guy. They’re snotty, selfish, unappealing, and often lead unhappy, unfulfilling lives. Instead, work toward becoming wealthy – a man or woman that works hard in the present while considering the many facets of the future – both for himself as well as the many people around him.

Live to grow yourself, to grow others, and to inspire those that you’ll never even meet!

Do you understand the difference between rich and wealthy? How are you ensuring a wealthy future for yourself??

Battle of the Mind Passive Income Save Money