Why Rich People Get Richer – The #1 Main Reason 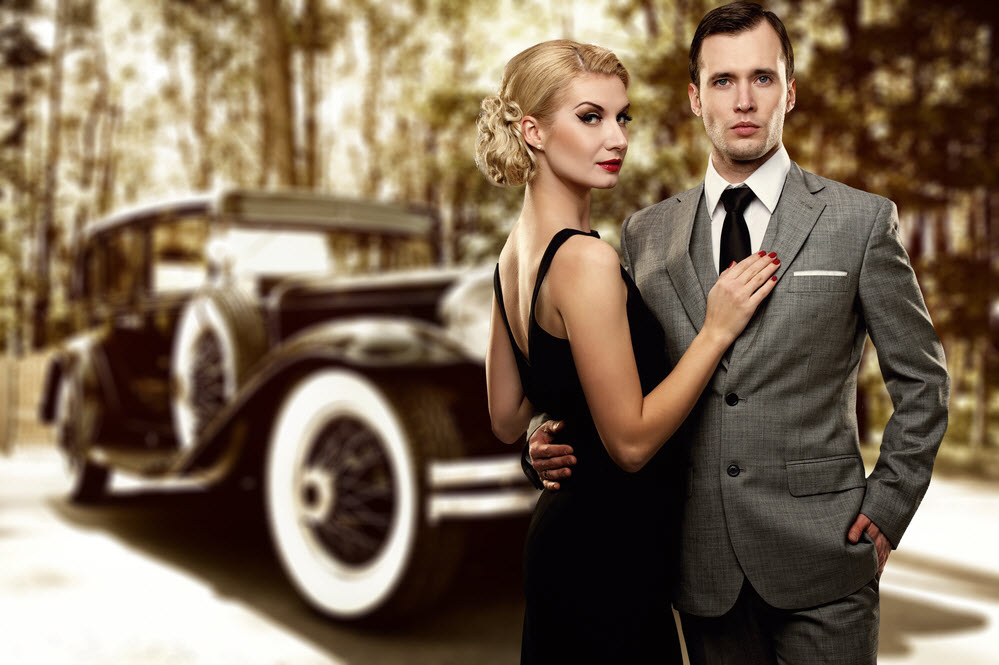 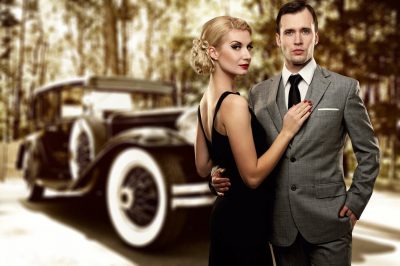 Why is it that rich people get richer and everyone else seems to either go nowhere or actually go backwards financially? Or at least, that’s what’s commonly reported. Is it true? What’s the real reason for this?

There’s the story that the media will tell you…and then there’s my story based on experience and years of observation.

What is Considered Rich?

Before we dig into the theory that rich people get richer, I figured we first better take a step back and define what rich really means!

If you ask the media, the common designation for “rich” is the top 1% of income earners. In other words, those that earn $720k or more each year. Well yeah, that’s pretty rich – especially if you don’t live in a high-cost city like New York or San Francisco. But is this really a realistic definition for the rich?

I mean…what’s the average yearly income around the globe (in other words, the average worldly income, not just the U.S.)? The median, according to Gallup.com is about $10,000. Suddenly, $720k just sounds absurdly rich and a little bit out of scope to be honest.

The other common designation for the rich is to be in the top 10% of income earners. Per the work done by Investopedia.com, this is approximately $120,000 a year within the U.S.. Not a crazy number, but one that will definitely allow you to make a living and have plenty of extras at the same time. It’s not ultra-rich, ‘let’s head down to the wine cellar and pull out a bottle of 1811 Chateau D’yquem’ rich…but it’s still pretty freakin’ easy living.

Rich by Net Worth

You’ve probably heard me say it a million times…

“Someone can earn a million bucks a year, but if they spend a million or more each year, then they’re broke…just as broke as the guy begging for quarters on the street corner.”

It’s true. You can make a ton, but if you just spend it all and have nothing left, then you officially have nothing…which of course means a zero net worth.

Sooo…what net worth do you need to have to be considered rich?

Again, it only seems logical to take the top 10%. Those in the top tenth of the population in net worth are clearly ahead of most and likely have quite a comfortable lifestyle. Even if their income isn’t that impressive, they’ve still managed to put themselves in an amazing position to retire with ease…and maybe even years before everyone else.

According to The New York Times study, to be in the top 10% as a 45-54 year old, you need to have a net worth of $1.1 million or more (don’t match that age group? Head to their page and enter your own age into their interactive ‘how wealthy are you’ test).

In general, let’s just make this a nice round number and say that your net worth needs to be $1 million to be considered rich.

If you’ve got an income of $120,000 a year and your net worth is in excess of $1 million, you’re rich my friend. And, you’ll likely be getting richer if you match the #1 main reason rich people get richer…as I outline below.

Why Do Rich People Get Richer? The Opinion of the Media

How do you believe people get rich?

Well, if you listen to the media, you’ll likely come up with answers like:

But is that really true?

Sure, the top news sites can point to one particular article which states that 35%-45% of wealth is inherited rather than created. But…what is their definition of wealth? Likely, just like all the other news sources, wealth is considered the top 1% of net worth individuals. Or, in other words, those that have a net worth of $10.4M or more.

Again, to me, this is just looking at those that are excessively wealthy. What about those that have a net worth of $1 million? $2 million? $5 million? Wouldn’t you say they have it pretty good? How many of them inherited their wealth?

According to U.S. News, based on a survey of millionaires (which, by the way, includes the ultra wealthy we noted above), only 12% of millionaires inherited their wealth. That means that 88% of millionaires are self-made. That’s a pretty astounding stat. And it goes to show you that nearly anyone can become wealthy – not just those that have rich mommies and daddies.

When all the click-bait articles are stripped down to their core, the reality is that wealth isn’t a fluke, it’s earned. Blood, sweat, and tears my friend. That’s how millionaires are made. 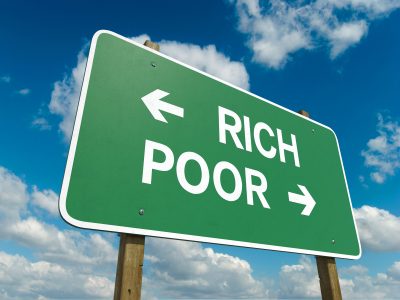 Why Do Rich People Get Richer? The Reality

The rich get richer because that’s what they’re setting out to do – to gain wealth. But, what more precisely does this mean? How is it that they continue to grow their wealth with all the economic challenges that continuously arise from year to year?

It’s a great question, and it’s one that I haven’t necessarily experienced or noticed until just recently.

The Stock Market Crash of 2020

In early March of 2020, the stock market began to slip.

If you would have asked anyone to predict why the next economic downturn would occur, I’m not sure anyone would have pointed to a pandemic… It had really never happened before, and to overuse the term, it truly was unprecedented. The world had never seen anything quite like this, and yet, it was here and it was happening. The next great downturn.

After just a short while into the recession, I realized there were largely two groups of people that were reacting to the situation. And, their reactions were polar opposites of one another…

Related: Where to Put Your Money in a Recession – Here’s What We’re Doing

The Frugal Savers vs. The Likable Spenders

Rich people don’t get rich by accident. It comes with years, often decades, of living far below your means and working hard to earn an above-average wage. By spending little and investing large portions of yearly salaries, people eventually work their way into millionaires status.

On the other hand, there are those that don’t see the point in saving and investing. After all, they’ll ‘just work all their lives and keep earning a livable income’. With that mentality, it allows them to spend frequently and heavily – definitely having fun in the moment, but perhaps at the greater expense of even richer experiences later in life.

But with this, they likely have a lot of debt and a slew of payments. Oh, and a very low net worth…

Be Greedy When Others are Fearful…

I honestly don’t study Warren Buffett that often, but I love the simple, yet wise messages that I hear from him every so often. One of the greats is this:

When the stock market began plunging in March, guess what the majority of America (the heavy spenders) did?

They weren’t ready. They were fearful. And, they made bad choices because of it. This is the majority… 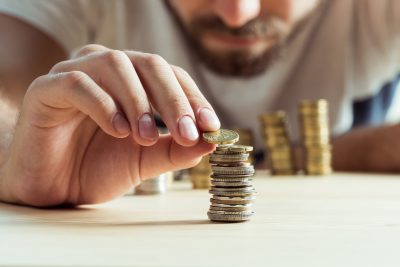 And Rich People Get Richer…

You know those people that have been living frugally all their lives (you know…those evil rich people that must have been handed their wealth…(eye roll)) and have been investing for decades? Do you know how they reacted to the recent downturn?

So how is it that rich people get richer? Here’s the key:

They prepare themselves for the next opportunity.

They don’t know exactly what it will be or where it will come from, but they know it’s coming. And, in order to capitalize on it, they need to have funds available and they need to constantly be on the lookout (ie. constantly learning and growing).

Will You Prepare Yourself For the Next Opportunity?

Broke people live their lives as if it will never change. The rich are certain of change and believe it is ripe with opportunities.

Are you ready to start thinking like the rich? It’s time to stop with the payments, it’s time to build up your savings, and it’s time to invest for your future. You never know when that next opportunity is headed your way. This time, be ready.