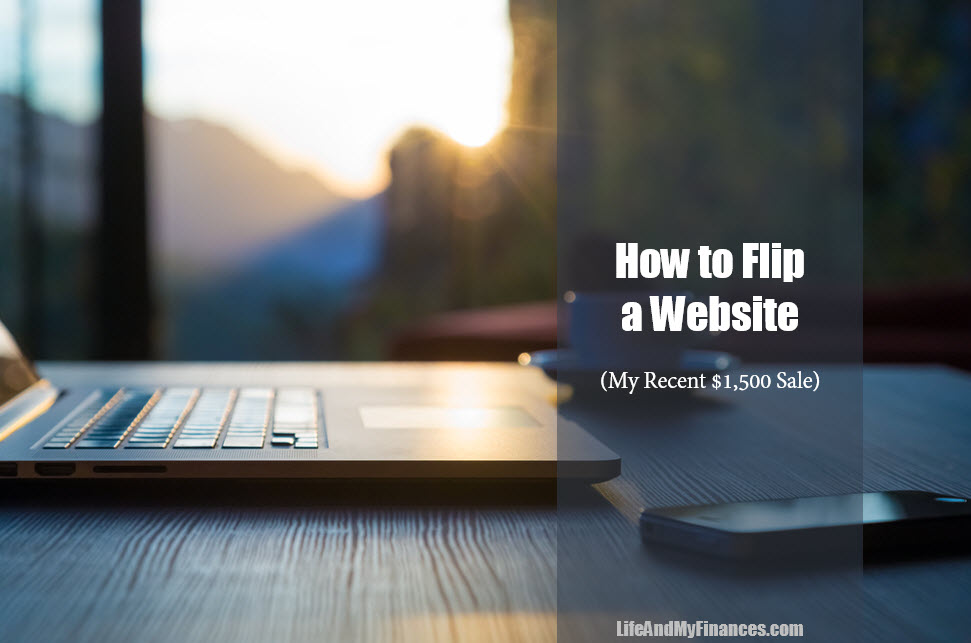 Ever hear of flipping houses? Or flipping cars for thousands of dollars in profits? Of course! But…..what if you’re not handy? What if you’d rather be sitting on a computer writing code and playing video games than in a house swinging a sledge-hammer? Well, you might just want to flip a website or two. There could be some serious cash involved once you get the hang of it!

The History of Websites

The very first website was launched in 1991. By 1994, there were 3,000 sites active online. And according to Statista, this number has absolutely exploded and is now at 1.7 billion. Insane right? 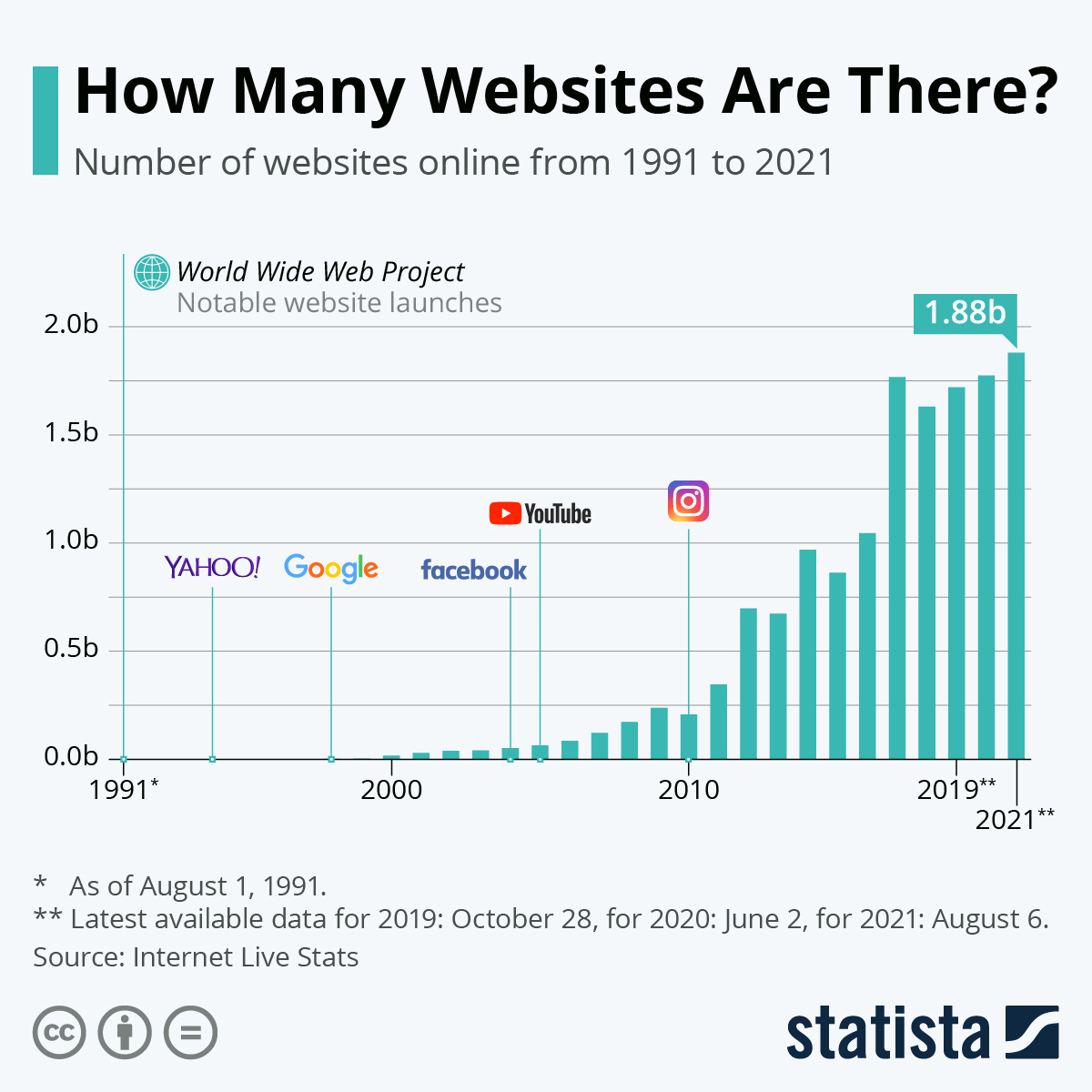 Put simply, everyone is on the web. It’s how we bank, it’s how we navigate from point A to point B, and most importantly (not!), it’s how we look up the ages of our plastic-faced celebrities! 😉 Lol. FYI, Phil Mickelson is 50. I just looked that up yesterday.

Since everyone knows about the world wide web these days, there is definitely money to be made there – ESPECIALLY if you want to flip a website.

What Does It Really Mean to Flip a Website?

If you hear someone saying they’re going to flip a website, they’re really just saying one of two things:

Either are great options, but if you’re a newbie in the space, I’d suggest that you build a website vs. buy one (it’s cheaper that way, and far less risk!). If you’re more seasoned and you know what it takes to build up a website into something that’s sellable, then by all means, start hunting one down that’s a deal and do your magic! 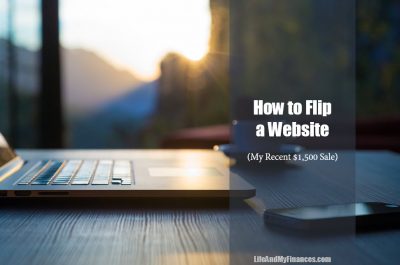 My Background of Buying and Selling

I’m a businessman at heart. I just think it’s fun making money, regardless of the platform.

Like I said, making money is fun. And you know what? Making money by flipping websites was especially gratifying…and this last one was certainly no exception!

My first website is the one your reading now — the one that will likely never be sold! It’s my baby and I still enjoy writing these articles and teaching all of you new stuff about money. It helps me learn and grow too!

The second site I started was called Creating a Passive Income. It was a niche site that was intended to teach the readers all about building up and earning a passive income.

The third site was called Online Money Bloggers. When I started making money with my first two sites, I thought it would be fun to have other bloggers talk about their earnings, and how they intended to expand their audience and grow even more profitable.

As it turns out, not quite as many people were as eager to talk about their income statements as I was. So it never fully took off as intended. It was still successful, but not massively.

The Dollars and Cents

With three sites, a full-time job, and a spouse, things were getting a little crazy and apparently humans need sleep… 😉 …so I decided to sell sites #2 and #3.

I started these sites with iPage for just $24, so the profits were HUGE. All I put into it was a little time and networking. So, earning $3,200 for a few pages that I had some fun with wasn’t bad at all!

This last website flip was actually pretty comical. I secured the domain name in 2016, wrote 3 articles, and then pretty much forgot about it entirely until just a few weeks ago!! Lol.

The initial intent of the site was to just show people how easy it was to start a website and make it look good.

It was only until just recently, when I was thinking about revamping this website, that I remembered I still had that other one!

I was obviously doing nothing with it, so I wondered, “How much is this simple website worth? What if I sold it? Would it be worth it?”

So, I listed it on Flippa.com.

I didn’t really know where or how to sell a website since I sold the other two to my friends (which – as a side note – is actually one of the best ways to sell your sites by the way!). The only space I had heard of to do something like this was Flippa.com, so after checking it out and deciding it was the best medium for buying and selling sites, I listed the fourth site I ever created, a Side Hustle website.

The domain name was a good one, and I had kept the site alive for a while, but that was really all this page had going for it.

The auction ended and my reserve wasn’t met, so my efforts to flip a website were officially a bust…or were they?

Little did I know, Flippa had this cool thing where, even though the auction ended and the site wasn’t sold, members could still make offers for your site.

About a day after the auction closed, I got an offer for $600.

Whoa! This could be the real deal. I could sell right now…but should I?

I took my question to my personal finance blogger community – after all, they’re not only savvy with money, but with blog building as well!

So, I turned down the $600 offer and just waited for another day or two. And then, the true interested party was ready to take the bait.

Just a few days later, the site was transferred over and fully paid for. It was far less painful than I expected, thanks to Flippa’s tools and guidance!

Intrigued? Thinking maybe you want to flip a website? It’s a pretty cool gig to get into, especially when you make thousands of dollars at a time.

As I mentioned in the intro, there are really two main ways to flip a website:

Let’s dig a little more deeply into both. What do you need to do to be successful in each arena?

1) Build a Site From Scratch

This is what I’ve done a few times now. I knew I wanted to start a site about a passion of mine and I didn’t have a ton of cash to throw around to buy one. So, I paid my $24 and built one! (FYI – just recently I have switched my allegiance from iPage ($24 for a one year deal) to Bluehost ($106 for a 3-year deal). They’re a more well-known brand, the customer service is better, and the web speeds are faster. So if you’re serious about blogging for the long-term, go with Bluehost.)

Here are the important steps I took to build a site from nothing into something of value:

Then, just continue to put up new posts and keep your friend group alive.

After all of the above, your goal will be to get 25,000-50,000 visitors to your site a month. Once you get there, advertising and making money is a breeze. Try to monetize before that and your site might stall (I’ve done this repeatedly…it’s not fun!).

Ignore the instant cash, build your site like you were already wealthy, and then the dollars will start flowing in. And THEN the buyers might start coming out of the woodwork to you because you’ll have something special.

Related: How to Earn an Unlimited Income With Your Blog

I admit, I haven’t officially bought a site and built it up (I’ve always done it from scratch…which is arguably harder). But, since my current site is worth $40,000-$50,000 and I’m confident that I can ramp it up to $200,000 over the next year, I feel somewhat qualified.

Basic Things You Need to Know

If you’re already passionate about blogging and have found a niche website in your space that you’re interested in buying, here’s what you should know initially:

If you’re going to sell something for more than you paid for it, then you’ll obviously have to improve it, right?

Like, if you buy a house, you can’t just expect to put it back on the market immediately and yield a higher price than you just paid. To earn more, you’ll need to put some sweat equity into the property… You’ll have to rip out that ugly carpet, paint some walls, and maybe even update the kitchen. Once you fix it up, more people will be interested.

Everything you do should cater to the most important asset of the world wide web: TRAFFIC!

The more eyeballs you can get on your website, the more opportunity you have of earning money.

Then, once you gain the traffic, you can start monetizing the site. Which, when done right, can be a huge draw for your future buyer.

The main avenues of earning money are with:

Between just these two methods – CPC ads and affiliate marketing – bloggers out there earn hundreds of thousands of dollars (heck some of them even earn millions, which is INSANE, but possible!!)!

Flipping a website is tempting, especially if you already know a bit about blogging, marketing, or technology.

It’s absolutely possible. People do it every day. And you never know, the next big sale could be yours.

So what do you think? Are you ready to flip a website?