The FIRE Movement is Stronger Than Ever! (Here’s Why…) 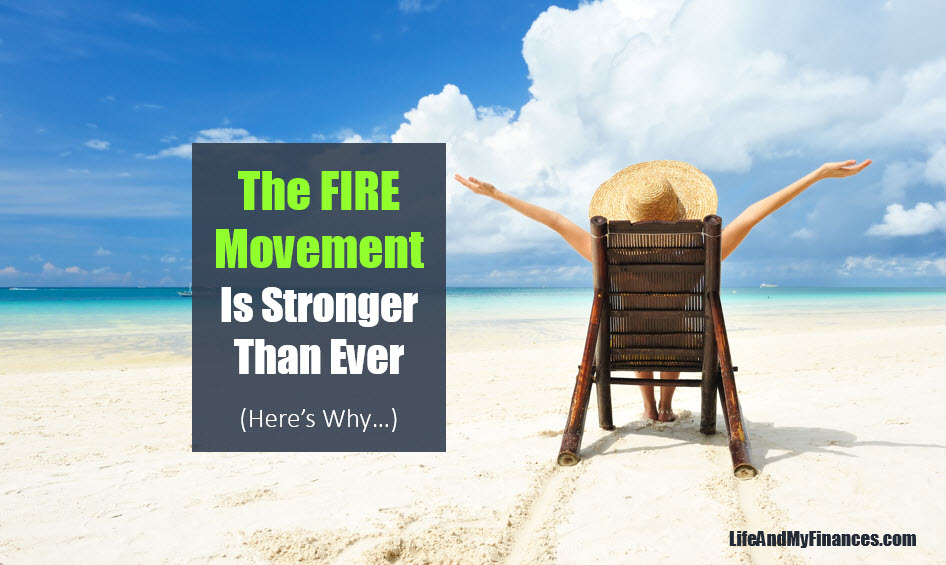 *Beep beep beep beep!*…. Your alarm. Again. Time for another workday. You’ve been at this working thing for a while, and to be honest…you’re over it. But this is just life, right? People grow up, work for decades to survive, and then they die. That’s just how it is. NOPE! NOT TRUE. Enter the FIRE movement!

The FIRE Movement – What Is It?

The FIRE movement has been around for a while, but it has really gained traction in the last decade.

Instead of waiting till you’re 65 to retire like everyone else, some people make a plan to retire in their early 50’s, in their 40’s, or (for the really crazy driven people) even in their 30’s!

But…how is this possible?

He goes through all the math in the post, but the gist of the article is this:

If you can save “X” amount of your earnings, you can retire in “Y” years. 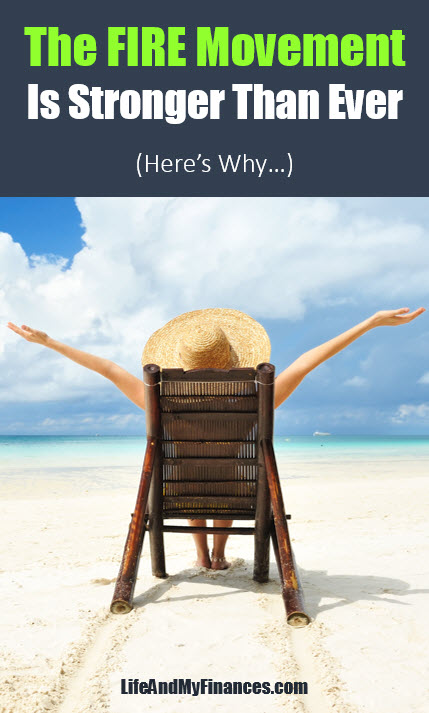 Here’s how it all shakes out:

Crazy…sure, but the math checks out. If you want to be financially independent and retire early. You can. You just need to start saving money like there’s no tomorrow.

Related: Top 8 Things You Should Learn From the FIRE Community

It’s Taking the World by Storm, But Why?

It’s not too hard to see the silver lining here. Sacrifice for say, 7 years, and earn back 40+ years of your life! That’s pretty enticing, but there are even more factors at play here.

Our world is a bit crazy right now. Political unrest, violence, a pandemic… For anyone that just takes a second to reflect, they realize that life is fragile and life is short. There’s no do-overs and you can’t buy your life back…no matter how rich you are. Once it’s gone, it’s gone.

So what’s a person to do?

Well, if you join the FIRE movement and retire at age 35, you can do ANYTHING YOU WANT TO DO IN LIFE.

Life is the world’s most sought after commodity. If you can actually earn more of it, why wouldn’t you?

Related: The Difference Between FIRE and Minimalism…And Why I’m Doing Neither

It’s More Attainable Than Ever

The FIRE movement has really gained traction lately, and in my opinion it’s due to four main reasons.

1) Can Easily Ramp Up The Income

We live in a day and age where we can get whatever we want, whenever we want…and that includes money!

If you told me you needed to earn more money, I could probably rattle off about 50 ways to do it without even breaking a sweat.

Earning money has never been easier. If you want to join the FIRE movement and retire in record time, then you simply take on more work, earn more money, and retire years earlier than if you just depended on your one day-time job.

Related: 36 Side Hustles You Can Start Right Now 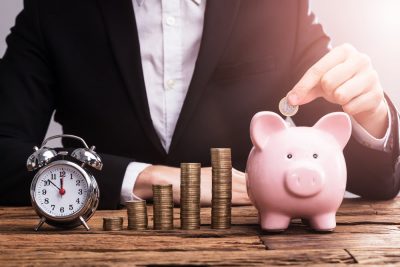 While it’s true that some jobs don’t pay enough (like teaching!), there are still plenty of occupations out there that pay well. And, they only take a 4-year degree (or less)!

If you work in the fields above, you’re likely making $80,000 or more and can pretty easily save 50%-70% of your income – especially if you’re still young and just getting started in the workforce.

With the rise in popularity of the health sharing plans and the availability of Obamacare, early retirees seem to have more insurance options than ever before. And, the options are quite affordable!

Soooo, if you could bank a bunch of money, retire early, and have medical insurance cost next to nothing, would you do it? Ummm, yeah, probably!! 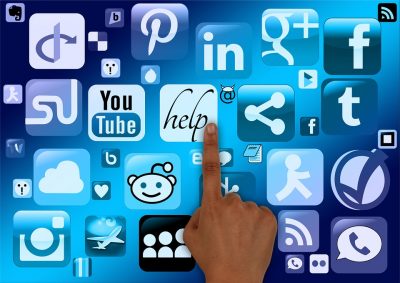 Twenty years ago, if you were going to hear about the FIRE movement, you would have had to see an article in the newspaper or caught a clip of a special feature in the news. Likely, it wasn’t going to happen.

Today, we have so many media options that it’s hard NOT to hear about everything out there.

You just can’t ignore the possibility any longer!

Are You Joining the FIRE Movement?

What’s your take? Will you be joining the FIRE movement? Are you willing to sacrifice a bit of your life today to gain back decades in the future?

I’ll be honest with you. I’m still on the fence. Let’s talk some more in the comments below.

Are you on board with the FIRE movement? Why or why not?