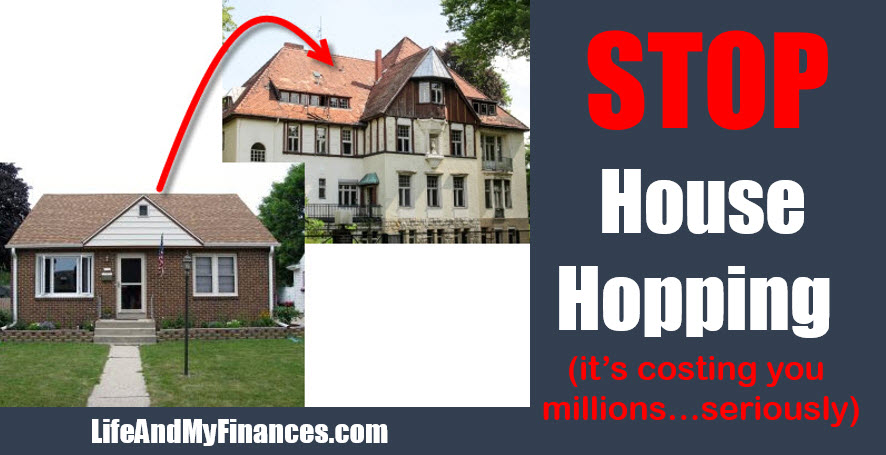 Remember your first house? You were so excited! But…then that excitement wore off after a year or two and you started thinking that maybe you’d like another bedroom…or a bigger yard…or a larger garage. So, what do you do? You sell your house and move up! But, I’m here to tell you to STOP HOUSE HOPPING! It’s literally costing you millions of dollars. I’m not even joking. 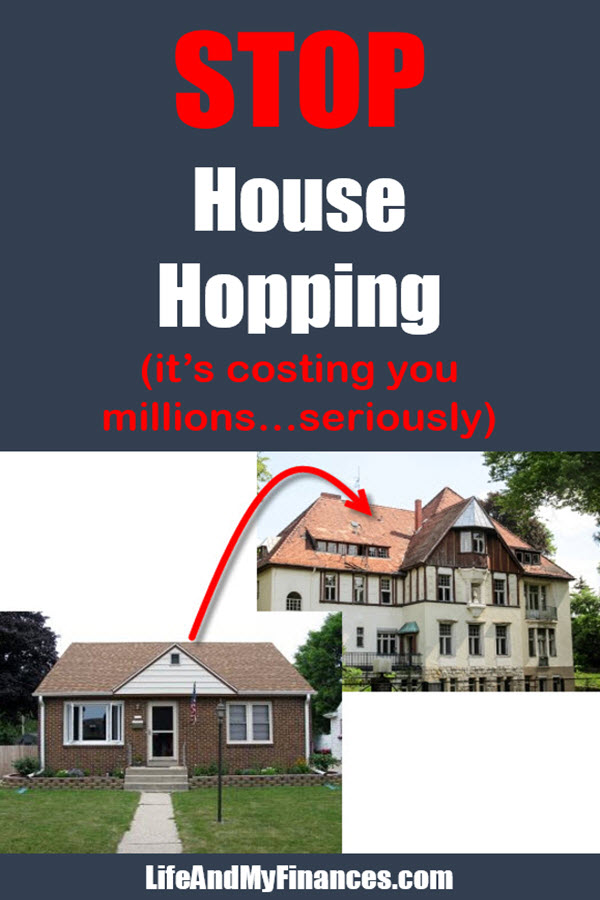 What is House Hopping?

If you look up house hopping in Google, some might define it as traveling from home to home with the intent of sampling food and drinks at each one… That’s obviously not what I’m talking about here!

In my book, house hopping is the act of buying a house, then selling it after just a short time so that you can move up into a bigger and better house…again and again and again. Other people might call it property hopping. Same thing.

At its core, house hopping is just being discontent with each dwelling you have, so you do what you can to upgrade even if it doesn’t necessarily make financial sense. I tell people to stop house hopping because it’s almost always financially unwise to do so…

Note: Want to pay off your mortgage? Want to pay it off in 10 years? 7 years? 5 years? Find out how to do it and actually SEE how it works with this tool, The Early Mortgage Payoff Calculator, currently on Etsy for $9.99.

So sure, we could get a ton of equity out of our house right now and buy a bigger place, but it doesn’t get us anywhere financially. In fact, it probably just gives us a bigger mortgage payment..and over a longer period of time!

6 Reasons You Should Stop House Hopping

I already gave you some in-your-face foreshadowing here. I hate house hopping and I basically already told you why. It’s costing you money…perhaps even millions of dollars over your lifetime.

How is this possible? Hang with me here. You’re going to want to learn this. It’s never to late to change your mindset and stop house hopping. 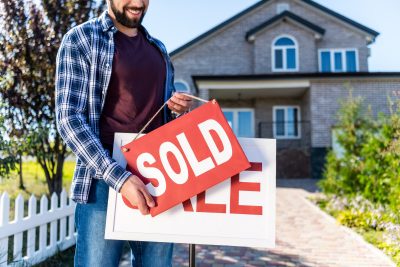 When you sell your house and buy another one, you’re paying closing costs (at the very least on ONE of the transactions…maybe even both). And, if you’re buying a place that’s $300,000 or more, it’s pretty easy to spend $8,000 in the process.

If you’re moving every couple of years, that’s an average cost of $4,000 a year that is just vanishing into thin air… NOT good.

If you keep house hopping and buying bigger and better, chances are that you never own more than 20% of your home’s value, which means that you’re paying PMI…which is insurance that the bank makes you pay in case you stop making your monthly payments.

Essentially, they charge you more to cover their transaction costs of taking over your dwelling, fixing it, and selling it if they are forced to foreclose on you. Banks aren’t stupid. They cover themselves from every angle and WILL NOT lose money.

So how much is PMI typically?

That’s another $3,000 a year. If you house-hop like this every couple of years, your inflated cost is $1,500 a year…all thanks to your house-hopping habit. 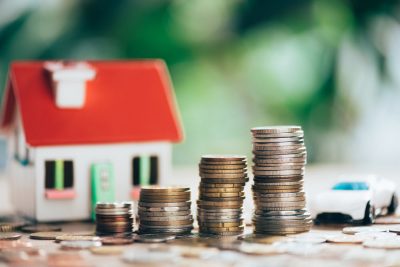 You know what’s cool about your property taxes if you stay in the same house for a long time? The property taxes have a cap on how much they can increase from year to year. Typically this is 1% a year.

You know what happens when you buy a new place? The taxes get reassessed…which is a nice way of saying that your city is going to jack the property taxes up based on the current value of the home.

If someone were to buy this place for $350,000 today, the property taxes would jump to $5,727, an increase of over $1,100! And that’s after just two years. If we still live here 20 years from now (and that’s what we intend to do), we’ll be paying waaayyyyyy less in property taxes than someone that’s continually house hopping and getting their property taxes reset on each place that they buy.

Based on the example above, house hopping could cost you $500 a year just in property taxes alone!

On average, a house will cost roughly 1% of its value for home repairs. This is for items like:

If you move up in house every couple years by $100k, then you’ll be taking on $500 more dollars in maintenance costs each year. 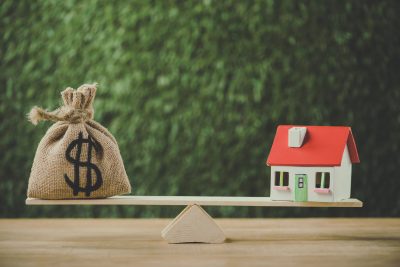 Last but not least is the realtor fees. Put simply, they’re insane.

Before you make your upgrade, you’ll first have to sell your house…and that will cost you 6% of the sale price of your home.

Think you’ll bypass this cost by selling the home yourself?

You’ll just end up discounting the price of your house by the same amount. There’s really no way around it. Either sell your house and pay the $18k or avoid that cost altogether by staying where you’re at.

If you still end up house hopping, you’ll pay that $18k, which means you’re shelling out roughly $9,000 a year.

Note: Want to get out of debt? Want help lining up your loans and calculating how quickly they could pay off? Check out our top-selling Debt Snowball Excel Calculator for just $9.99 on Etsy!

Whoa. That seemed like a ton of dollars wasted by house hopping. It’s true…it was.

But just how much? Let’s sum up the cost of house hopping each year.

That’s a big number. But, you can’t dispute it! We proved it out!

What if those dollars were invested? What is the true cost of house hopping?

Now comes the scary part of the exercise….

What if you were a regular house hopper from age 25 to 35?

What would that have turned into if you kept it invested until retirement?

This is going to be bad…

That’s how much you’re paying to get a slightly nicer house every 2 years.

If, instead of upgrading constantly, you just stayed where you were, you could invest that $17,750 a year instead and retire amazingly wealthy!!

How to Stop House Hopping

Perhaps that cool $5.4M woke you up and you want to stop house hopping.

How can you really do it?

First, you’ve got to think about the long term. What is it that you really want?

Whatever it is, be real with yourself. Then, if you have the funds, buy that house. Don’t buy the house that everyone else will love. Buy the house you will love.

Write down all the the things you love about your house when you move in. Remind yourself of the great features it has and how hard it will be to find another house as great as the one you’re in.

Also, remind yourself of the cost of house hopping! Now that you know what it really costs to move, you should be far less inclined to do so.

Are you ready to stop house hopping? Did I convince you??