What Is The Interest on 1 Million Dollars? (Is It Enough to Retire??) 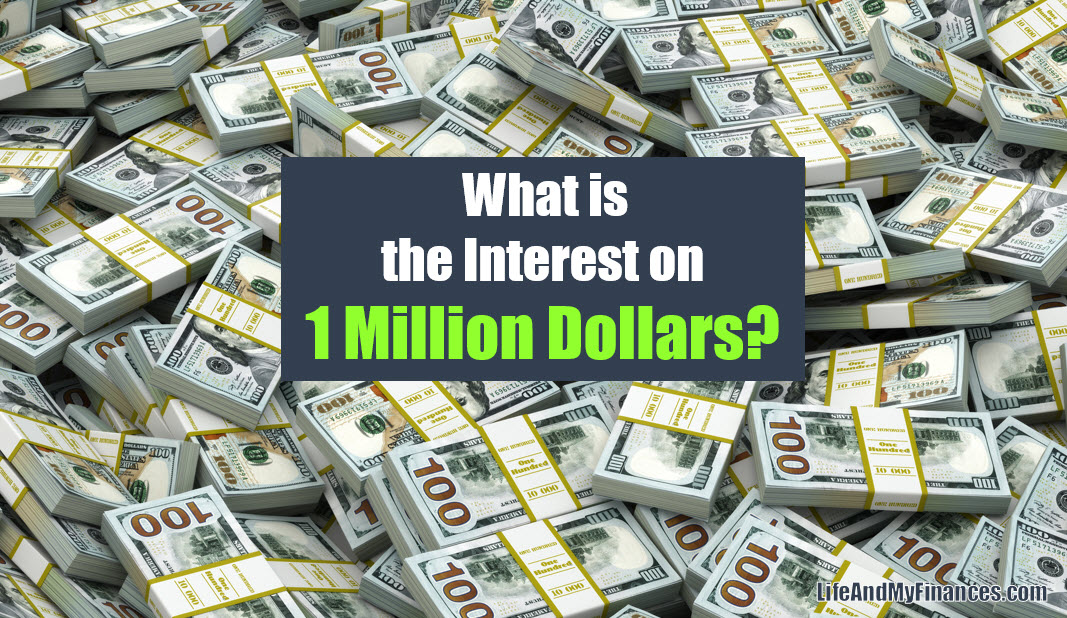 I distinctly remember having a conversation with a friend in college. I asked him, “What are your plans for life after college?” He responded with something like, “I’m going to save up a million dollars as fast as I can, live on the interest, and do absolutely nothing after that….The only problem is how to save up that million dollars!” 😉 It begs the question…what is the interest on 1 million dollars? Is it actually a huge sum of money? Is it enough to retire on?

Then, once you get it, what do you do with a million dollars? How do you invest it?

Have you had these same questions?

Yeah…me too. Let’s find the answers together. 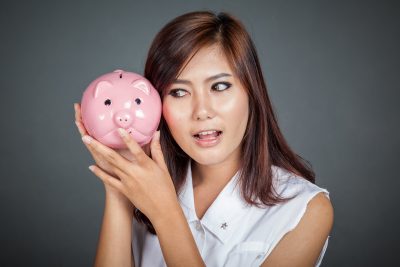 How Much Do Banks Pay in Interest on $1 Million ?

What kind of money will the bank pay out on a big chunk of cash? Another way of asking this question might be, “How much will I earn on $1 million in savings?”.

Related: What to Do With $100k Right Now

Just over a year ago, you could have found savings rates of 1.5%-2.0%, but now that rates have dropped so much, you just can’t find that anymore.

What is the Interest on 1 Million Dollars Annually?

If you were able to save up that heap of cash, how much interest would 1 million earn per year?

The question of ‘how much can a million dollars generate per year’ is a great one, but truthfully it’s not the easiest answer to give since there are so many investment options. Based on my research and my experience, you can expect to get the below rates for the respective investments.

So now to answer the question of “how much interest would 1 million earn per year?”

Seems like a no-brainer on which investment to go with, right? Not so fast. There’s also the factor of risk. Putting your million dollars in the stock market is much more risky than putting it into a savings account. Be sure to take that into account.

What is the Interest on 1 Million Dollars a Month?

Using the same investment figures as above, here’s how much you’d earn each month on one million dollars:

What is the Interest on 1 Million Dollars…If Left Alone…??

Let’s say you decide that $1 million is the amount you can expect to have stashed before you retire.

But, for simplicity sake, let’s say that you’re able to leave your nest egg alone and can just let it grow for a couple more decades. You know…maybe you can live on some other savings plus your social security or pension payments. So you’re able to leave the entire $1 million invested for the long-term.

Likely, the example above is unrealistic. In your case, you probably don’t want to know just the interest on $1 million. You’re likely going to take some of that money out at some point, right?

Instead, you’ll likely save diligently over many years, reach that $1 million mark, and then potentially retire and start drawing on those funds over (hopefully) a long period of time! 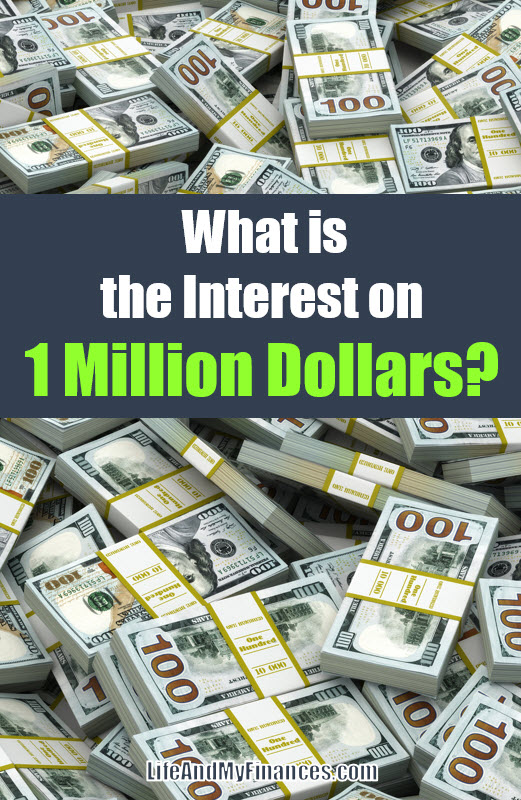 Inflation is out of your control, but the others are somewhat impacted by your choices. What you can control, to a certain degree, is how much you spend per year.

I have been a long-time fan of Mr. Money Mustache. He points out that if you can ratchet down your expenses now, no matter what your age, you’ll reap double the benefits in retirement.

Here’s what decreasing your spending does for you:

You are also largely in charge of the length of your retirement.

No, you can’t predict exactly how long you’ll live for…But you can make reasonable assumptions based on your family health history, your lifestyle, etc. Decide when to retire based on when you think you’ll reach your optimum total retirement funds.

While you can’t control the markets, you can choose the types of investments to make, which impacts your overall returns. After reaching that total, your interest on 1 million dollars can fund however many years you need it to.

Related: What is the Absolute Easiest Way to Make a Million Dollars?

Interest on 1 Million Dollars for a Sustainable Retirement

$1 million is a decent amount of money if you’re retiring in the next few years. You can likely survive quite nicely on that amount.

Let’s look at your “safe” withdrawal rate if you think about the interest on 1 million dollars in your 401(k), for example.

Using Bankrate’s calculator, in that example, you’d still have $63K left in your accounts by year 30. It’s not an insanely cushy retirement, but it’s certainly not a shabby one! Especially if you entered retirement completely debt free!

You’ve cut your spending in half and kept the rest the same, leaving you with over $1.5 million after 30 years! This would enable you to live a decent lifestyle in retirement, and you can even leave a robust inheritance behind.

End up with $2.5 million even after 50 years of retirement! Or withdraw/spend a bit more and be totally fine. Your spending likely wouldn’t stay exactly at the $30K number every year in an early retirement, but you get the idea.

If you play with the numbers, looking at the interest on $2 million, $1 million, or $500K, you can check out different scenarios. Maybe you plan on working until age 70 and you anticipate living to be 90. You’d only need to finance 20 years of retirement in that case.

Or if $30K annual spending sounds too low for you, maybe $40K is a good middle ground. Withdrawing $40,000 a year for 50 years after retiring early would still net you $860K at the end of your life!

Can You Live Off $1 Million Interest?

So what’s the real answer here? Can you retire off $1 million? Or should you hold off and keep saving?

$1 million isn’t as much as it used to be. Based on the examples we outlined above, if you retire at 65 and live for 30 years, you can really only withdraw $55,000 a year. Any more than that and you’re at risk of running out of money. Also, keep in mind that inflation will make $55,000 seem more like $27,000 in 20 years, so your buying power is absolutely terrible in your later years of retirement.

If you don’t want to live large in retirement and you plan to retire soon, then 1 million dollars is probably fine.

But, if you’re interested in boating, traveling, or hosting a bunch of parties in retirement, then you might want to shoot for more before you pull the trigger on retirement.

It might be a stretch, but what if you could bump up your nest egg up by $500K? What is the interest on 1.5 million dollars a year?

Some people can save up $2 million before they retire. Most can’t.

If you can only reach the million dollar mark and want to retire, then maybe you should just go for it! But, instead of sitting on the beach and buying everyone’s pina colada, maybe you want to pursue a fun side hustle a few hours a week! It would give you purpose and provide you an income to boot!

So, while many of the financial gurus will try to scare you into working until you’re 75 to reach a ridiculous nest egg figure, choose to march by the beat of your own drum. You might not have $1.5 million. Heck, you might not even have a million! But, if you can work a bit here and there and make the numbers work, then maybe it’s time to give it a shot!

Just remember, you can’t prepare for every possibility in life. But you can build in margins for error in your calculations. The 4% rule is a guideline—you can adjust that to be confident your finances can handle life’s curveballs.

If you’re asking, “Can I live off interest on 1 million dollars?” I bet you can find a way. Be smart, be bold, and do what’s right for you!