How Much Does Jeff Bezos Make a Minute? Salary & Net Worth Breakdown 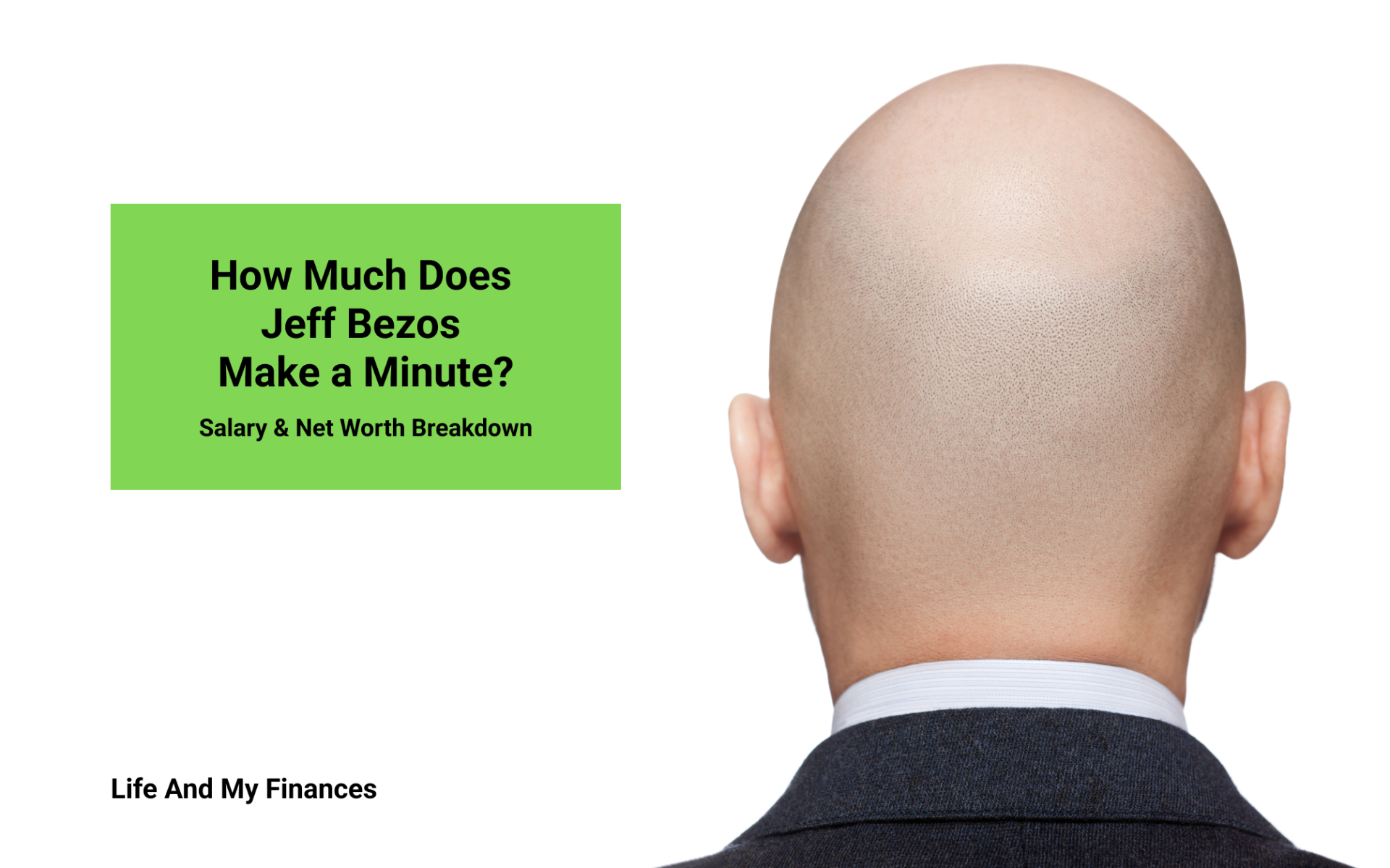 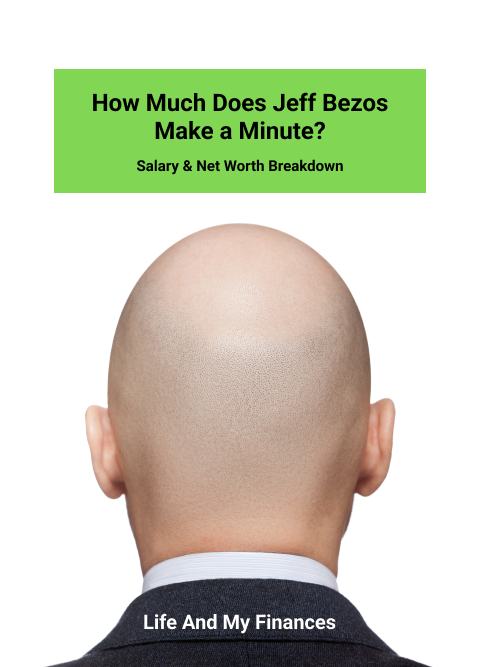 We’ve always been fascinated by the rich—we watch them on TV, read gossip about them, and admire their luxurious lifestyles on social media.

It’s like looking into another planet—a million miles away from ours, where everyone owns mansions and spends thousands like it’s spare change—sparking our curiosity and keeping us coming back for more.

Jeff Bezos sits at the top of the billionaire rankings—making him the perfect candidate to fuel our escapism.

This article will show you—

How Much Does Jeff Bezos Make a Minute? 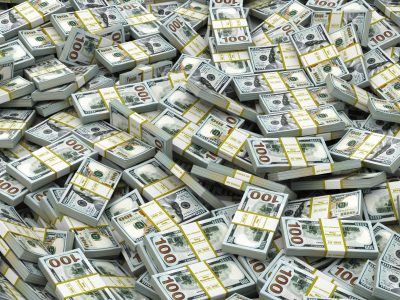 Bezos makes enough in a single minute to buy multiple Rolex watches, go on a luxury safari—or feed 80 American families for a week.

Calculating these figures when you’re working with billions is a head-scratcher (that’s a lot of zeros!).

Here’s how we did it.

Forbes tells us Bezos has a net worth of $117.5 billion. This figure can change a lot in a single day—so we need to look at his overall net worth growth to get a better estimate.

We can also look at his Amazon salary for a more straightforward breakdown.

Bezos earns a yearly salary of $81,840 (which has stayed unchanged since 1988). Besides this, Amazon also pays Bezos $1.6 million to cover his security and travel expenses.

Using these figures we can work out that Jeff Bezos earns roughly $3.20 a minute through Amazon.

While his salary alone doesn’t represent the true scale of his wealth, it’s still a lot to make in a single minute. Maybe he needs a quick 10-minute coffee break—by the time he gets back, he’s made enough to buy eight more coffees.

What is Jeff Bezos Worth?

Forbes’ real-time tracker says Jeff Bezos has a net worth of $117.5 billion—but the net worth of the world’s richest can change rapidly. He could lose or gain a billion dollars in a single day—and he probably wouldn’t even notice.

Bezos has held onto his position among the top five wealthiest people in the world since 2016. He first made it onto the rich list in 1998, with a 40% stake in Amazon worth $1.6 billion—his net worth grew to $7.8 billion in just a year, but fell to $1.2 billion by 2001 (when Amazon suffered in the dot com crash).

As Amazon recovered, so did Bezos’ net worth (which has continued to grow over the years). Despite some bumps along the way—like his expensive divorce—Bezos remains a solid fixture among the world’s moneyed elite.

What is Jeff Bezos’ Amazon Salary? 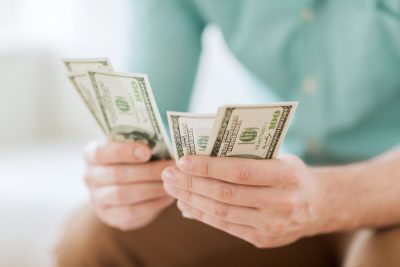 Bezos gets an annual salary of $81,840 a year from Amazon. They also pay Bezos $1.6 million for security services and business travel—bringing his total earnings to $1,681,840 per year.

For the average American, making over a million dollars a year is more than impressive—but you’d expect more from one of the top tycoons on this planet.

So, why is his Amazon salary so “low”?

Most of Bezos’s net worth comes from his Amazon shares and other investments, so he doesn’t really need a high salary. He owns just under 10% of Amazon stock—which covers a huge 90% of his overall fortune.

How much does Amazon make a day?

To break that down even further, Amazon makes about $875,000 a minute.

The online giant had a 200% growth in profits during the pandemic—a rise of 37% from 2019—but its upward spiral could be coming to an end.

It recently became the first public company to lose $1 trillion in market value—which now stands at roughly $923 billion—a huge drop since its record close of $1.88 trillion in July 2021. This is probably down to strict monetary policies, rising inflation, and low earnings updates.

How Does Jeff Bezos Make His Money? 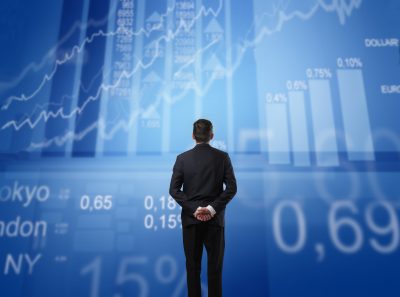 Jeff Bezos’ main source of income is his 9.73% stake in Amazon—valued at $88.43 billion. He’s Amazon’s majority shareholder with over 992,000 shares in the company.

Bezos gave up his position as CEO of Amazon in 2021 to chase after his dream of space exploration.

Blue Origin (a private space company entirely owned by Bezos) became the center of his focus—and it looks like his investment is paying off.

Exact ticket prices are a closely guarded secret—but a seat on its maiden flight sold for $28 million in 2021. And while some special guests are lucky enough to get a free flight, others are paying up to $30 million to get on board.

In a 2020 interview, CEO Bob Smith said the company had “gone from virtually zero revenue to now making hundreds of millions of dollars of revenue annually.”

Jeff Bezos has been making investments for decades—famously putting $250,000 into Google back in 1998. Seven years later, he founded Bezos Expeditions, which would take the reins over his various transactions (like investing in a 10,000-year clock!).

Here are some noteworthy companies Bezos has poured money into—

Not all his investments have earned him the big bucks—Rivian recently reported a loss of $1.72 billion after struggling with supply chain issues.

Jeff Bezos may have come from humble beginnings—but he now boasts various mansions, two super yachts, and two private jets (not to mention a decent stake in one of the most successful companies in the world).

Whether earning $18,480 a minute is a source of inspiration or disdain—there’s no denying that Bezos has shown plenty of business acumen over the years.

And to put his wealth into perspective once more—in the time it’s taken you to read this, Bezos has made roughly 130,000 dollars.

What is Jeff Bezos’ daily income?

How much does Jeff Bezos make a second?

Jeff Bezos makes around $308 in a single second—enough to feed a family of five for a week.

What is Jeff Bezos’ yearly income?

Jeff Bezos’ annual income is about $9.6 billion (based on his net worth growth from the last decade). His annual Amazon salary stands at $1,681,840 (including security and travel expenses).